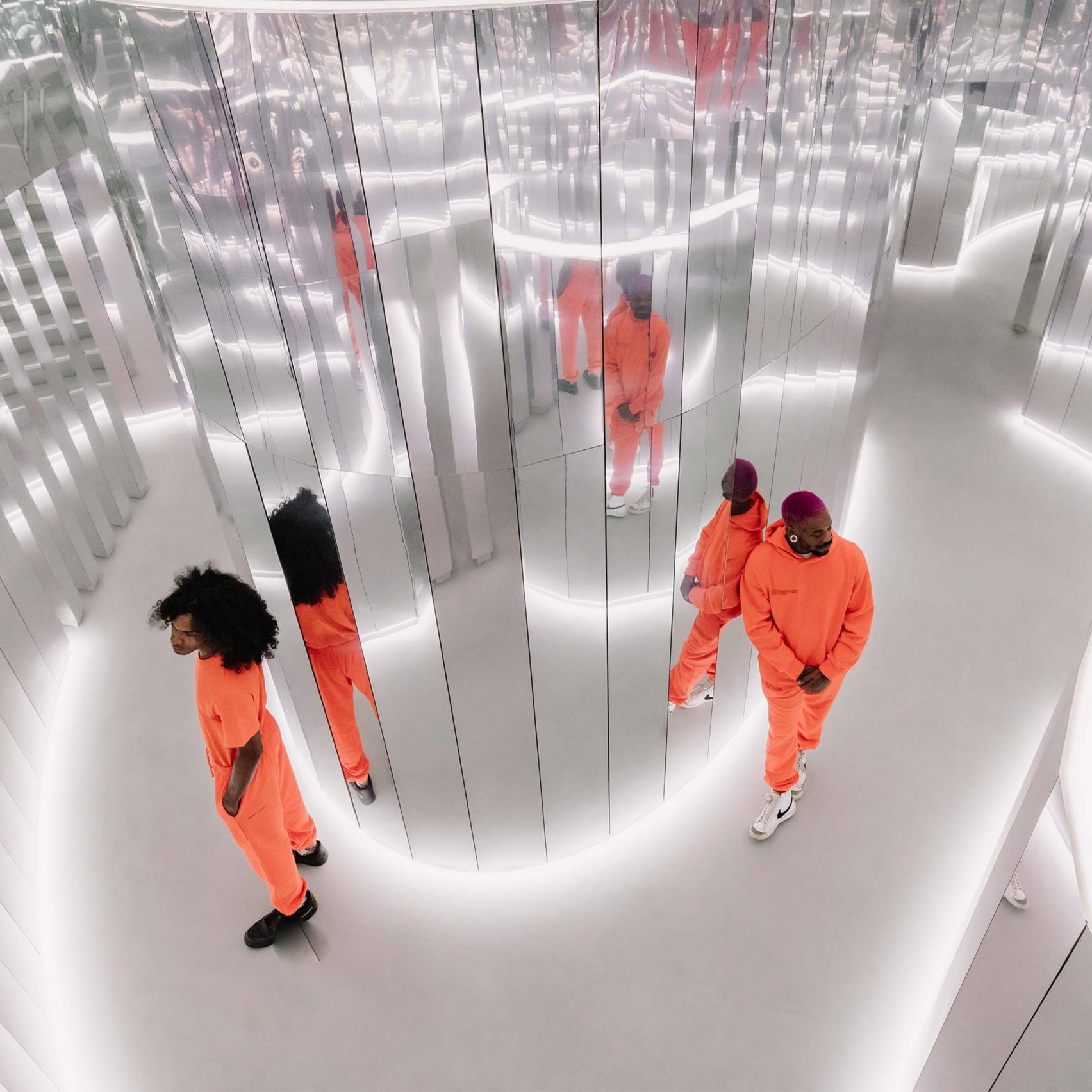 Each garment is made in a fiery orange hue often seen in Devlin's work, which the designer describes as a "powerful" colour that "serves as a sensory reminder to take action now" to help reverse the effects of climate change.

"The colour sparks a bold emotion that both invigorates and energises individuals – driving for action with relation to the environment," explained Pangaia.

Each piece is also printed with a snippet of the poetry Devlin wrote for her Forest of Us installation, which saw the designer erect a mirrored maze at Superblue Miami gallery earlier this year.

The chosen citation reads: "A forest of us, a symbiotic symmetry, a branching geometry that flows within us and around us but do you see it, can you feel it, do you breath it can you find it – go and find it".

Adopting the same theme as Devlin's Forest of Us work, the four-piece capsule collection considers the similarities between the inner workings of human bodies and the biosphere.

"Forest of Us takes as its starting point the striking visual symmetries between the structures within us that allow us to breathe and the structures around us that make breathing possible," explained Devlin. 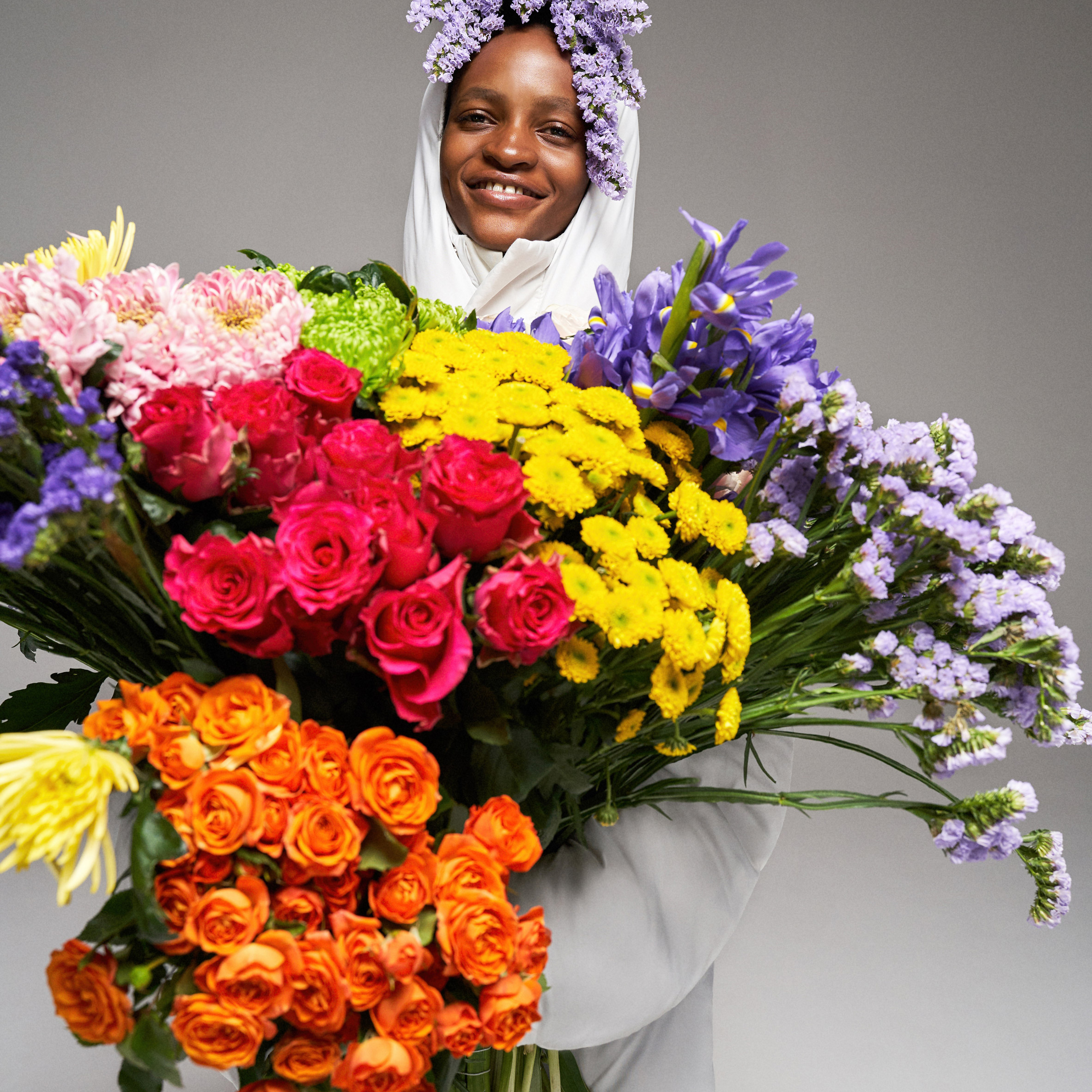 Pangaia's puffer jackets are filled with wildflowers rather than down

The quote featured on the clothing more specifically highlights humanity's reliance on trees for breathable air, and the effects of deforestation.

All proceeds generated from sales of the collection will be donated to Instituto Terra, a non-profit organisation committed to environmental restoration and sustainable rural development in the Rio Doce Valley in Brazil.

Known for its use of bio-engineered materials, Pangaia recently launched a cruelty-free puffer coat stuffed with a thermal filling made from a combination of wildflowers, an aerogel and a biopolymer.

Unlike the fossil fuel-based substitutes like polyester and rayon that are typically opted for in other vegan winter jackets, the Flower Down jacket is also biodegradable.