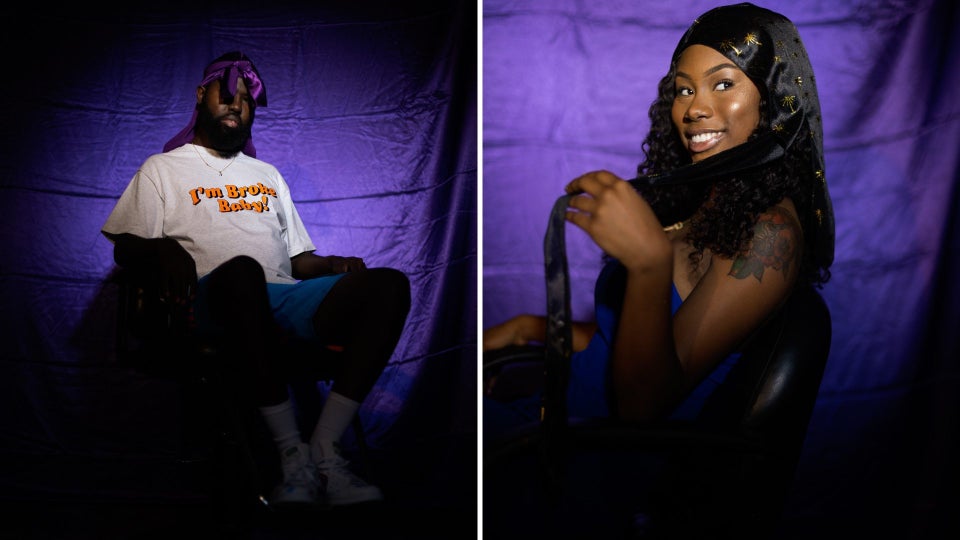 Charlotte artist Dammit Wesley and his co-founding team behind Durag Fest built an epiphany into a cultural phenomenon. At the time, the Marvel film Black Panther had surpassed all conventional thought by critics and moviegoers, destroyed box office numbers, and became a much-needed exploration into Black culture. Juneteenth, which in most Black epicenters across the U.S. had been celebrated for more than three decades, had begun to be encroached upon by “mainstream America.”

Known across the Carolinas and the internet as “the Met Gala of Durags,” the annual celebration has grown into central hub for Black vendors, young and ambitious creatives, and a street-focused fashion show that gave birth to moments like the “wave check” that united the Black community in kind. For Wesley and his team, the 2022 Durag Fest marks a “tipping point” of sorts, a moment where the country has embraced Juneteenth as a national holiday, and now wants to get into the commemoration business.This weekend’s event, which takes place at Camp North End, promises multiple stages and events for Black people to revel, relish, and enjoy.

Essence.com was fortunate to speak with Dammit Wesley ahead of the festivities to talk about how Durag Fest came together, what it means as a safe space to the Black community, and shares who are some plugs that people can tap into to look their best this weekend and beyond.

Essence: How did you all come together to conceive the Durag Festival? What obstacles were overcome to make it into one of the premier events in Charlotte, N.C.?

Dammit Wesley: The concept of Durag Fest came about like many of our other ideas via creative collaboration. As an artist collective known as BLKMRKTCLT, we are constantly seeking new ways to celebrate the Black Experience. In its initial phase, Durag Fest was supposed to be an art exhibition that made its attendees the focus of the overall visual experience.

Using our non-traditional approach to fine art with an unapologetic appreciation for all facets of Black culture really alienated us to others as a brand. You would be surprised how many corporations with Black Lives Matter blacked-out squares and all of the hashtags said that Durag Fest didn’t align with their brands or markets. Like any other Black business, we faced the many pitfalls of struggling to find funding, assistance, and investors.

Essence: Also known as the “Met Gala of Durags,” the festival was one of the central places where “wave check” came into being. As one of many growing institutions that embraces modern Black culture, what impressions have you as an organizer made upon yourself while developing the Durag Festival? Also, how have attendees responded to having such a safe space to showcase their own expressions?

DW: To me, Durag Fest is akin to that gag in Family Guy where a crowd of white people running down the street begin to unzip themselves to reveal they are actually Black folk who finally got to be themselves. As a Black person in America, we often find ourselves in situations where we must minimize who we are, while squeezing into a box that wasn’t meant to contain our greatness. We used the tagline, “the Met Gala of Durags,” to encourage those who attend to really express themselves. Rarely do we get a chance to be authentically and intentionally Black. I’m happy to say that the response to the overall experience [by those in attendance] has always been positive and enlightening. We’ve received testimonies that encourage us to continue [to build] the Durag Fest legacy.

Essence: How important is it to use the Durag Festival to define Black liberation despite the many places now cozying up to Black culture?DW: Blackness isn’t monolithic, so we don’t want to proclaim Durag Fest as a definition of Black liberation. [However] we do want to see our brothers and sisters [unite and] liberate themselves from the social confines that try to hold us back.

Essence: What does the Durag Festival mean to you and the team as its creators? What does the event do to continually give back to the Black community when it is not preparing for another celebration?

DW: We’re artists [and] we see Durag Fest as a living portrait. The beautiful Black bodies adorned in floor-length durags, trailing in the wind like a proud national flag as the sun kisses and shimmers of it is so awe-inspiring. As a collective, [Durag Fest] gives back throughout the year by providing Black artists and creatives opportunities to grow via exhibitions, residencies, and grants. This year, in addition to Durag Fest, we are housing our largest exhibition to date in [location’s] Mint Museum. Featuring 50+ visual artists of color, they will be showing their work for the first time and placing it inside of a museum is extremely powerful and prestigious.

Essence: There’s an opinion within certain areas of the Black community that Juneteenth has been quickly commodified by mainstream America. What were the team’s initial thoughts when Juneteenth became a national holiday?DW: It was bittersweet. We wanted to see Juneteenth celebrated in the same manner as St. Patrick’s Day, yes, but with the caveat that we — the Black community — would be able to capitalize off of our holiday. We deserve to build an economy around our culture and any likeness to all things Black, but capitalism can’t keep its ashy lil’ hands off of it. At least for now, there’s solace in knowing that our audience has two days to recover from those Saturday night shenanigans [laughs].

Essence: In the past five years alone, the durag has become its own cultural staple — from being used as high art in music videos by Solange and others to symbolically being a Black national flag in a way. How do you all see the durag as something that exemplifies Black beauty and creativity?

DW: The durag has always been an artifact used to protect our crowns. Our hair is precious, magical, and controversial. The durag and the bonnet are tools that we employ to protect our hair from all that hateration and holleration that we face in this American dancery. From a designer’s point of view, the durag is the perfect canvas for one to use to experiment and express yourself with. It’s so versatile and malleable for however you need it. It’s appropriate for any situation. Gotta fix an alternator at 6 o’clock? Wear a durag. Have to attend a dinner at Beyoncé’s house? Wear a durag. Wanna find your future bae at Durag Fest? Wear a durag [laughs].

Essence: There is a mission with the Durag Festival to make Juneteenth the most celebrated holiday on Earth. With its growth, what is next for the team, for the event, and how do you all continue to preserve the durag as something Black people unapologetically own?

DW: Future goals for the Durag Fest are to take it overseas. [We have] family in the U.K., in France, and in Ghana, and those places have inquired about us joining forces to make the “Met Gala of Durags” into an international experience. Hopefully, a COVID-free future exists where we can be Blackity-black-black without borders, but the next few years look really bright and exciting for us.

The durag, which exists as this Indiana Jones, face-melting, relic of Blackness, cannot really be appropriated. Not even Justin Timberlake during his ramen noodle braid phase could appropriate the durag. It’s just that Black. Symbolically, the durag not only preserves our waves but it preserves our culture. It may be a simple garment, but forever shall it protect our crowns.

Essence: Last question, every year whenever the Durag Festival happens, people head over to the IG page to see what crazy and imaginative durag has been showcased. For those intrigued, they (we) want to know who are some of the best durag plugs you’d recommend to those looking to add some one-of-one flavors to their collections?

DW: “Red by Kiss” has some of the best quality durags that you can find on short notice. As far as custom ones made by the plug, [laughs], well, there’s too many to even attempt to name. But I encourage everyone one out there reading this to refer to the “King of Durag Fest,” DJ Fannie Mae (@DJFannieMae) and our reigning “Queen of Durag Fest,” Javi Gary (@Gary.Javi) for style tips, inspirations, and other recommendations.