The past few days held some of the most popular celebrations of death. Oct. 31 was Halloween and Nov. 1 and 2, Día de los Muertos. We wanted to dive deeper into how people celebrate death among different cultures and religions. To start, we've compiled interviews and information to further observe three different cultural celebrations around their deceased.

The Day of The Dead 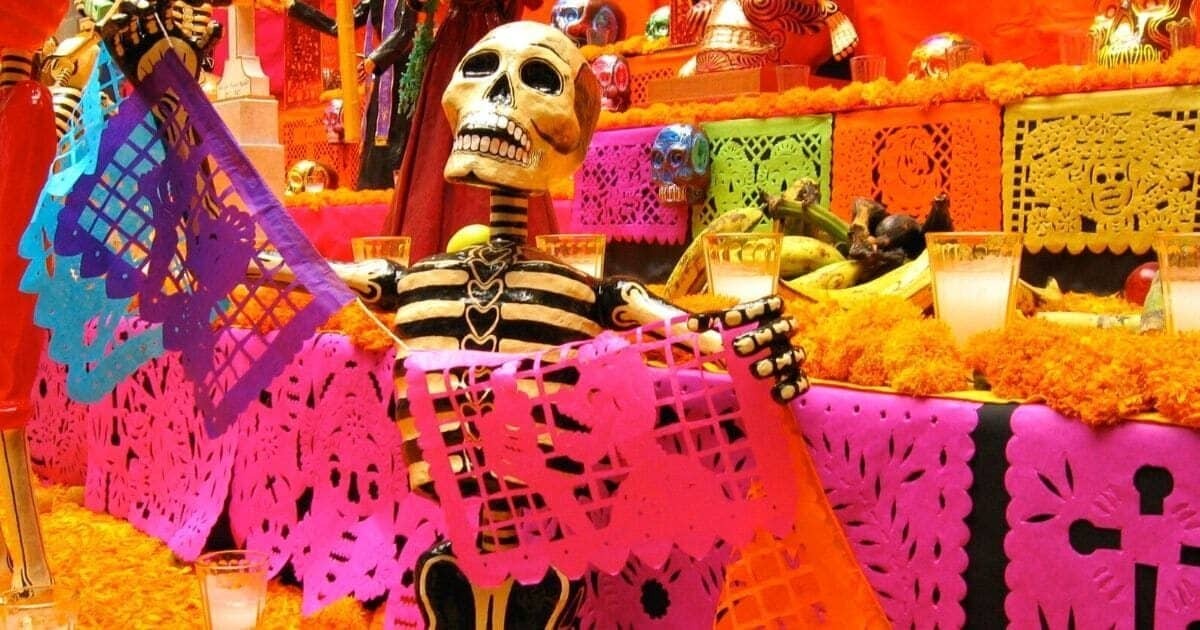 El Día de los Muertos, also known as The Day of the Dead, is a Mexican celebration during the first two days of November. According to the National Geographic, the Day of the Dead originated several thousand years ago with the Nahua people, indigenous to Mexico and El Salvador. However, with the influence of Catholicism, the celebration morphed into the truly unique holiday it is today.

Abril Castaneda, a Ball State student and member of the National Association of Hispanic Journalists, told us more about this celebration. She said the tradition allows families to "welcome back the souls of deceased relatives… to celebrate and acknowledge our loved ones who have passed on."

But there's more to it-according to History.com, the gates of heaven open at midnight on Nov. 1 for children to reunite with their families for the day, el Dia de los Inocentes (Day of the Children), or All Saints' Day. The same happens at midnight the next day, Nov. 2, for adults to come back and reunite with their families, known as All Souls Day.

The celebrations Castaneda attended consisted of telling stories, eating together, and listening to her family's favorite songs, "My favorite part of the celebration is having the favorite foods and offerings at the gravestone or on the ofrendas. The decorations are beautiful with all the marigolds and candles that surround the offerings."

An oferenda, as defined by Inside Mexico, is an altar-not for worship but to "remember and honor the memory of their ancestors." Different items adorn the altar; including, but not limited to, candles which represent the light of Christ, colorful tissue paper which represent joy, and marigolds who's bright colors, as Castaneda explains, "are said to be celebration of life and Christ's conquering of death." 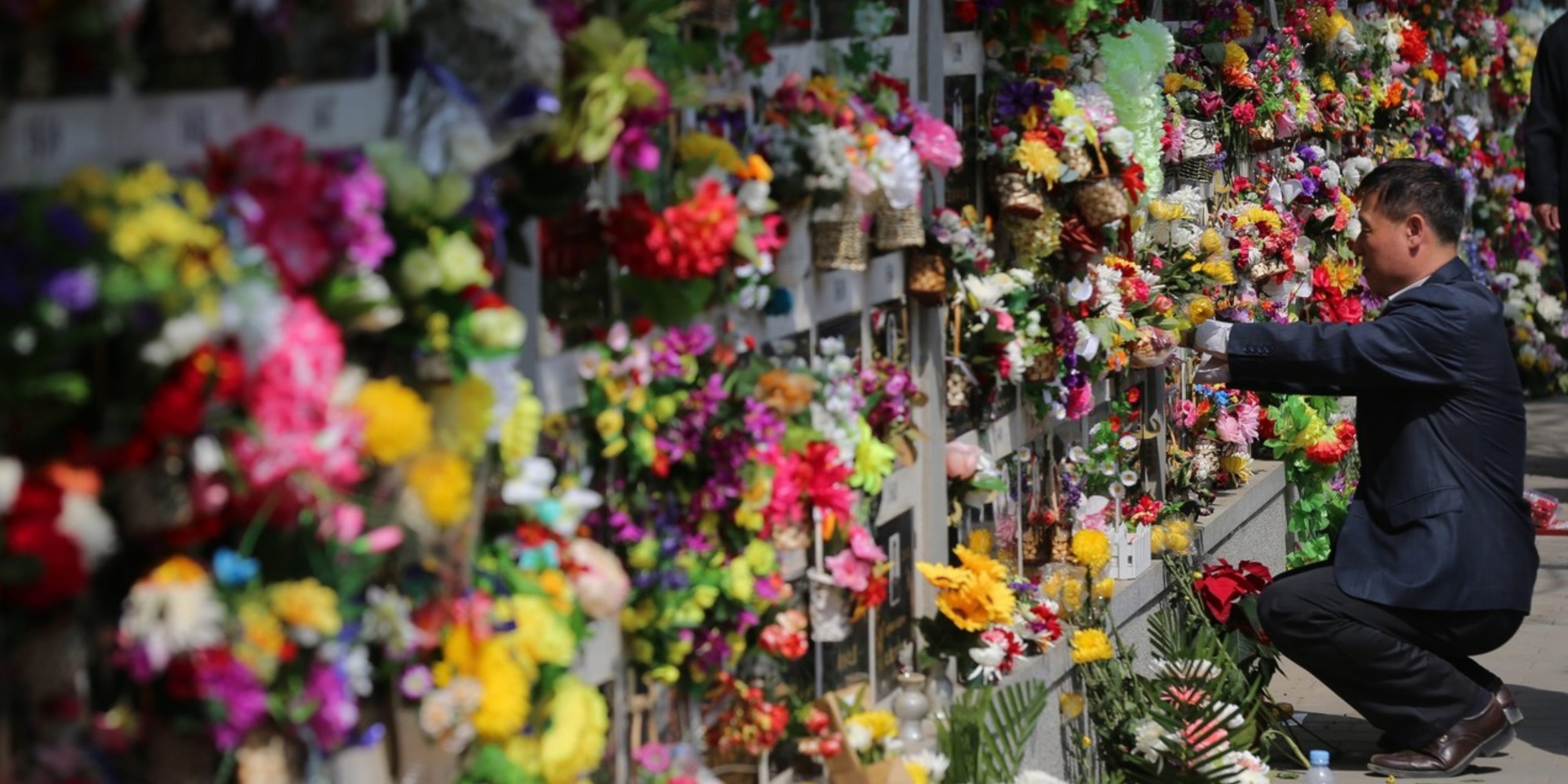 Qingming, also known as Tomb Sweeping Day or Pure Brightness Festival, is a celebration between April 3 and April 5, in which families travel to the cemetery where their loved ones are resting to pay their respects.

To Bayden Jung, whose family is from Southern China and currently living in Columbus, Ohio, this celebration is called Han Sang. In his experience, everyone at the cemetery is invited to eat together, and to pay respects, the family bows three times and sticks incense at the tombstones.

This celebration of life is a significant part of Chinese culture. "It's very important to me… my grandma and relatives teach our family history as we travel through the graves and find our ancestors." Bayden goes on to say that Han Sang is respectful and calming but that's not to be confused with sadness, "there's a pretty neutral attitude to the event but [it's] very celebratory!"

According to China.org, "families sweep their relatives' tombs and offer sacrifices... like food, flowers and favorites of the dead." This celebration also welcomes Spring; before 1979, Qingming and Arbor Day settled on the same day since the warm weather made it the perfect time to plant trees.

To Bayden, who didn't grow up in China, Han Sang is an integral part of his culture. "It's a way for me to learn about my own, and other, history. [It's] extremely important to me and my Chinese identity." 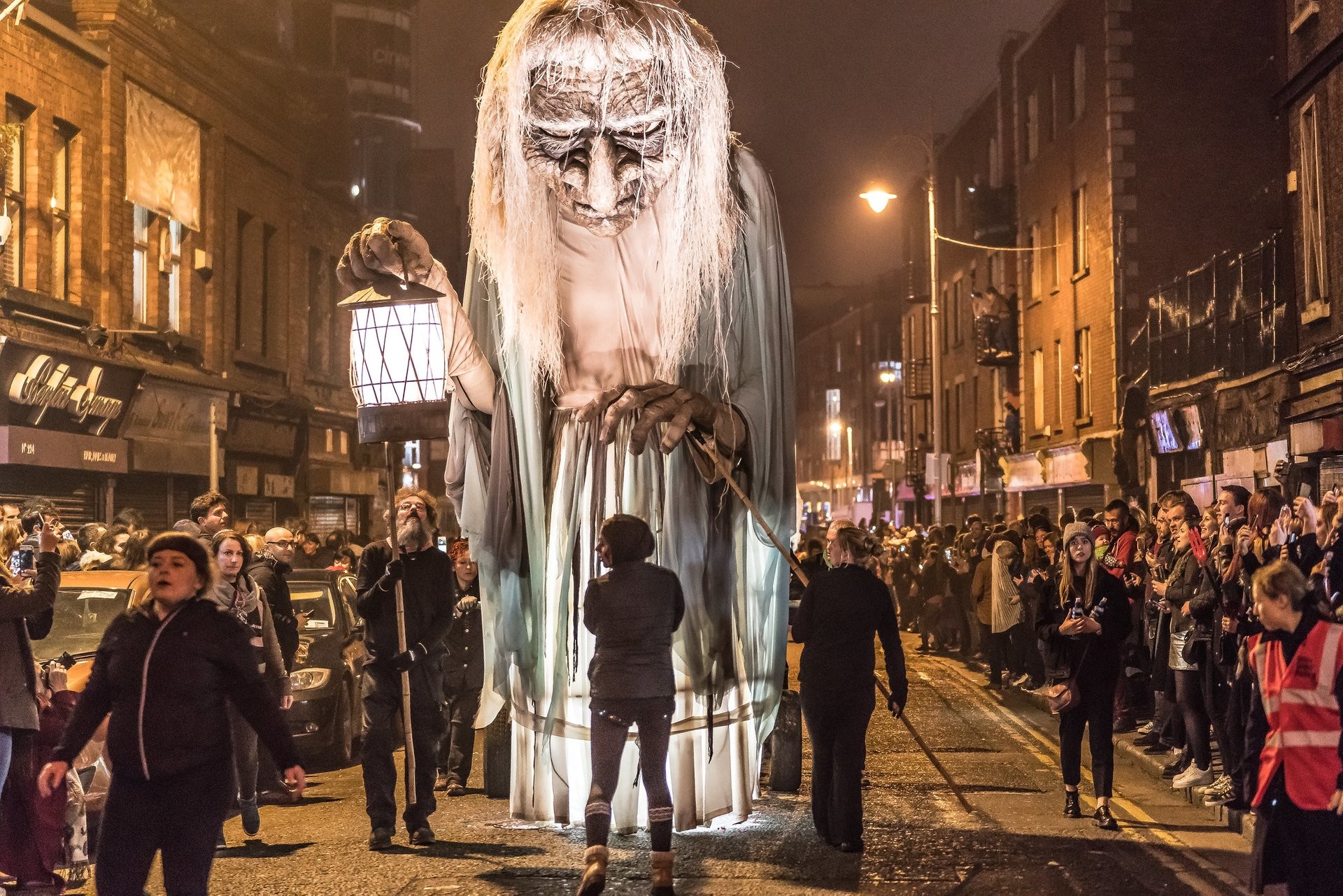 According to history.com, Samhain is a "pagan religious festival originating from an ancient Celtic spiritual tradition." It took place during the harvest season, between fall equinox and the winter solstice-generally between Oct. 31 and Nov. 1.

During this time, Celts who celebrated Samhain (pronounced SOW-in) believed that it was a time for the spirit and physical worlds to no longer separate.

There are said to be many different aspects to this ancient celebration. Some of these different traditions include excess drinking, building thrones for military personnel, and sacrificing cattle. But the most relevant aspect was the belief that their ancestors would be able to come back to visit the physical world.

As Christianity started to take over Paganism, the church enforced new Christian ideas onto Samhain. At first, the festival itself was moved to May by Pope Boniface in the fifth century to celebrate Saints and Martyrs. Then, ninth century Pope Gregory moved it back to Nov. 1 and 2 but declared the celebration All Saints' Day and All Souls Day.

Like the Mexican holiday Día de los Muertos, All Saints' Day and All Souls Day are celebrations held to pray for and honor the deceased.

But Samhain stayed relatively true to its original intention. Through the years, traditions such as dressing up as monsters to ward off fairies and witches from kidnapping them and going door to door singing songs to the dead for cake soon transformed into what we know today as Halloween.

Here are four different religions and their unique traditions:

Hinduism is the world's third largest religion, with over 1.2 billion followers. Celebrating death in this religion is quite unique, as Hindus do not believe in the physical body's resurrection. Typically, bodies are cremated due to the belief that when a person dies, their soul, which represents them, departs or separates. Because the body has no significance, little effort is done to preserve it.

While some Hindus bury their dead, typically the body is cremated, the ashes are collected and then distributed on the fourth day in a sacred body of water or other significant location to the departed.

Unlike Hinduism's rituals surrounding death, Islam dictates that bodies be buried almost immediatley after death. Because of this, there will be no wake, viewing, or visiting. Muslims believe there will be a physical resurrection of the body on Judgement Day, the faith prohibits cremation.

The body is cleaned and covered with a sheet by family members shortly after death. As though in prayer, the hands are joined together. The body is then brought to a mosque, where the funeral will take place. The whole congregation, including the deceased, is facing Mecca, Islam's holiest site. The Imam, or religious leader, leads the funeral prayers. Typically, women and children are not allowed to attend the burial, but some Muslim communities allow their attendence. As the body is being lowered into the ground, it is customary for every attendee to throw three handfuls of dirt in the grave. Following the burial, flowers are sent to the family's house. There is a 40-day grieving phase during which flowers and food are both welcomed.

Typically in Christianity, the body is buried. As opposed to death rituals in Hinduism, cremation is strictly forbidden in Christianity as it is believed to interfere with resurrection. However, with time these restrictions have relaxed, and in the Catholic tradition, cremated remains are still buried. Other Christian sects allow for ashes not to be interred, while some have strict rules against scattering them. After the funeral and burial, one of the most common rituals is gathering for a feast. There are many different grieving traditions, customs, and rituals because of the diversity of Christian beliefs, like the aforementioned Día de los Muertos.

People commonly congregate to the graves of departed loved ones in Christian culture on the anniversary of their death or during significant festivals.

Many of Judiasim's death ritual practices have their roots originate from the Bible. One prevalent tradition is the tearing (kriah) of a garment or ribbon. Traditionally, this involves the immediate family of the deceased. The manner in which the Kriah is performed depends on if one is an Orthodox, modern or Reform Jew. After the Kriah is performed, a Rabbi will recite a special version of the Kaddish prayer. Then, mourners participate in covering the casket with dirt. Like other Abrahamic religions, cremation is forbidden in Judaism due to the sanctity of the human body.

Feature image from The Atlantic