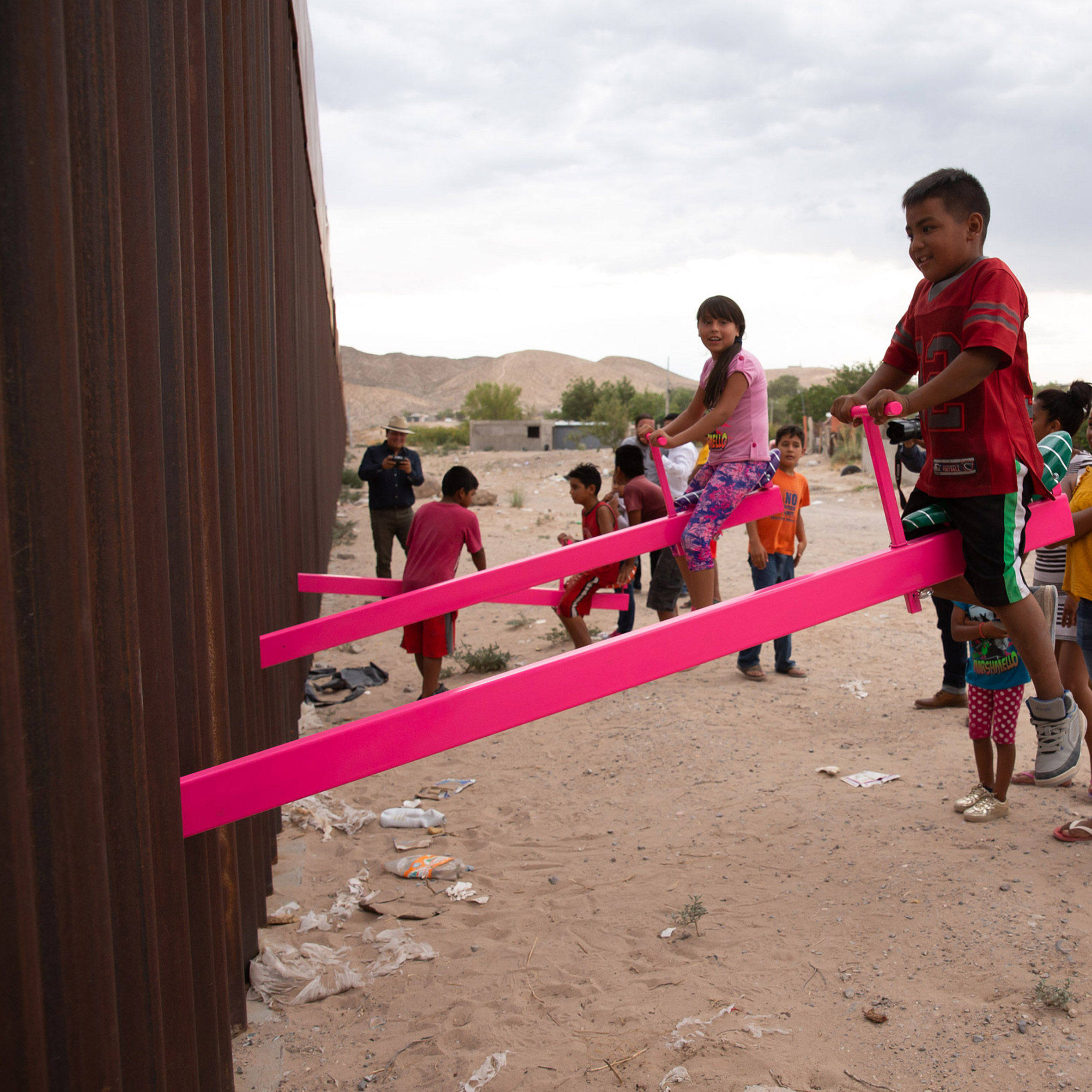 Architects and designers have been using seesaws, usually found in children's playgrounds, to create installations and make political statements. Here are six of the most engaging.

Two spheres hang from a metal rod to form this light fixture Viennese design studio Mischer'Traxler designed to mimic the look and movements of a seesaw.

The intensity of the light in each bulb shifts along with the motion of the piece. When one bulb is in the lowest position its glow is the most vibrant and the illumination of the opposite globe is dimmed.

Find out more about Equilumen ›

Architectural studio Rael San Fratello, led by Ronald Rael and Virginia San Fratello, inserted bright pink seesaws between metal slats of the wall along the US-Mexico border to encourage children on either to side to play together.

The playground equipment was slotted into the portion of the wall that extends from El Paso, Texas to Ciudad Juárez in Mexico in response to the series of controversies surrounding the Mexican border wall and US immigration policy. 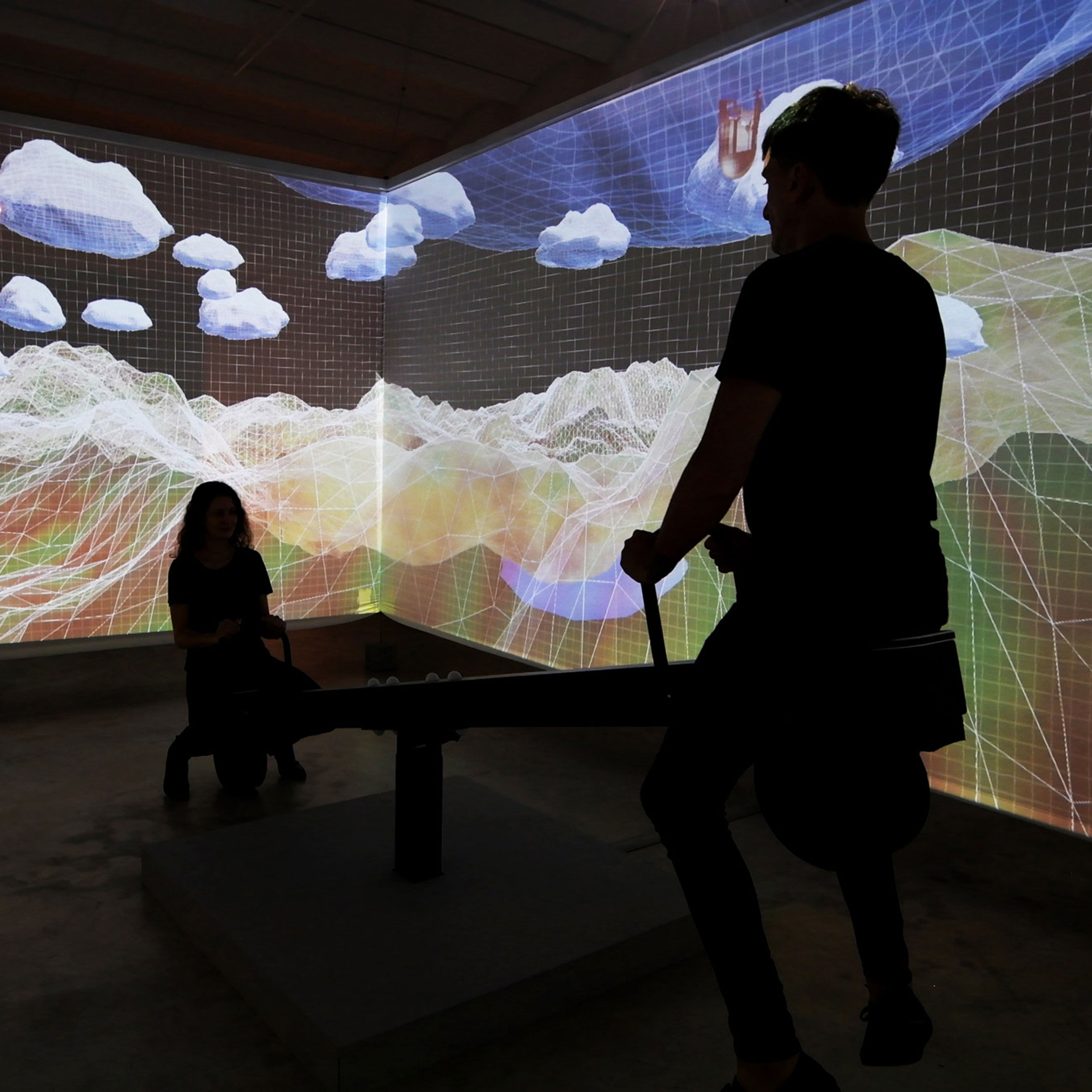 Sensors attached to this seesaw pick up on its movements and activate colourful scenes on the semi-transparent fabric walls that surround the piece.

Find out more about Reciprocal Syntax › 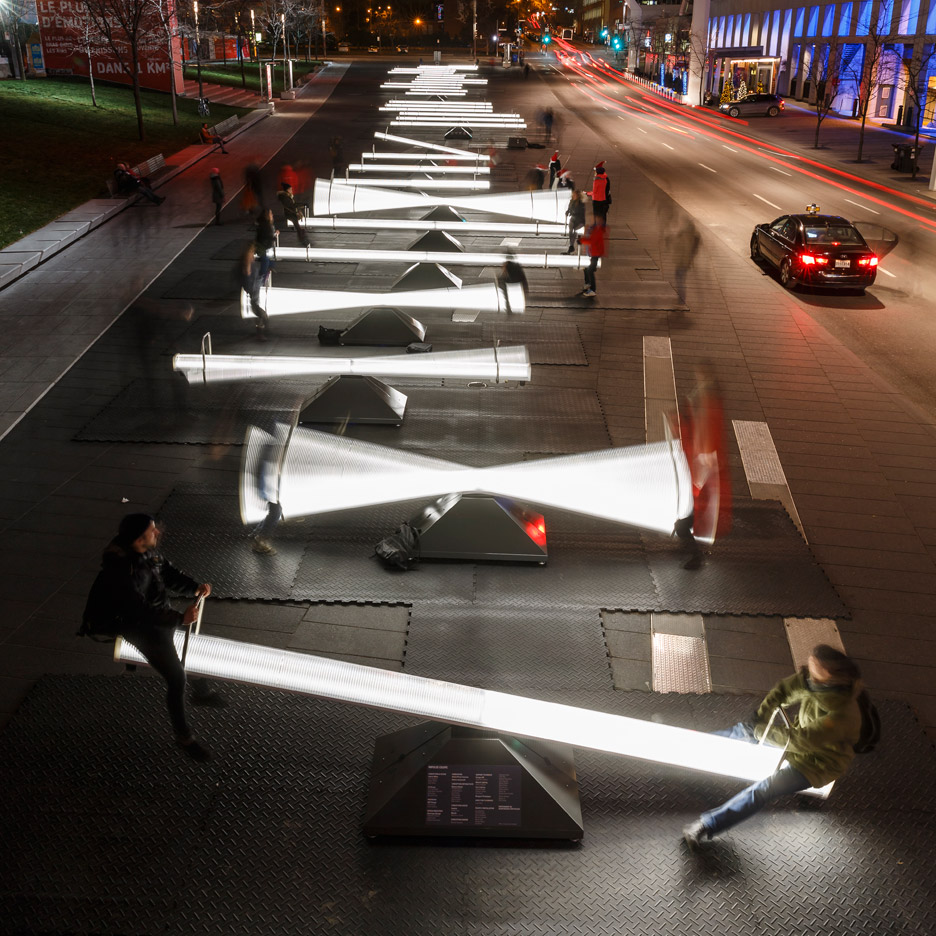 For this interactive installation, Canadian design studios Lateral Office and CS Design outfitted Montreal's Place des Festivals with 30 seesaws that light up and make sounds as they move.

Impulse was part of the city's annual Luminothérapie light festival. In addition to the illuminated structures, it also included imagery influenced by the shapes of seesaws projected on nearby buildings.

Find out more about Impulse Montreal › 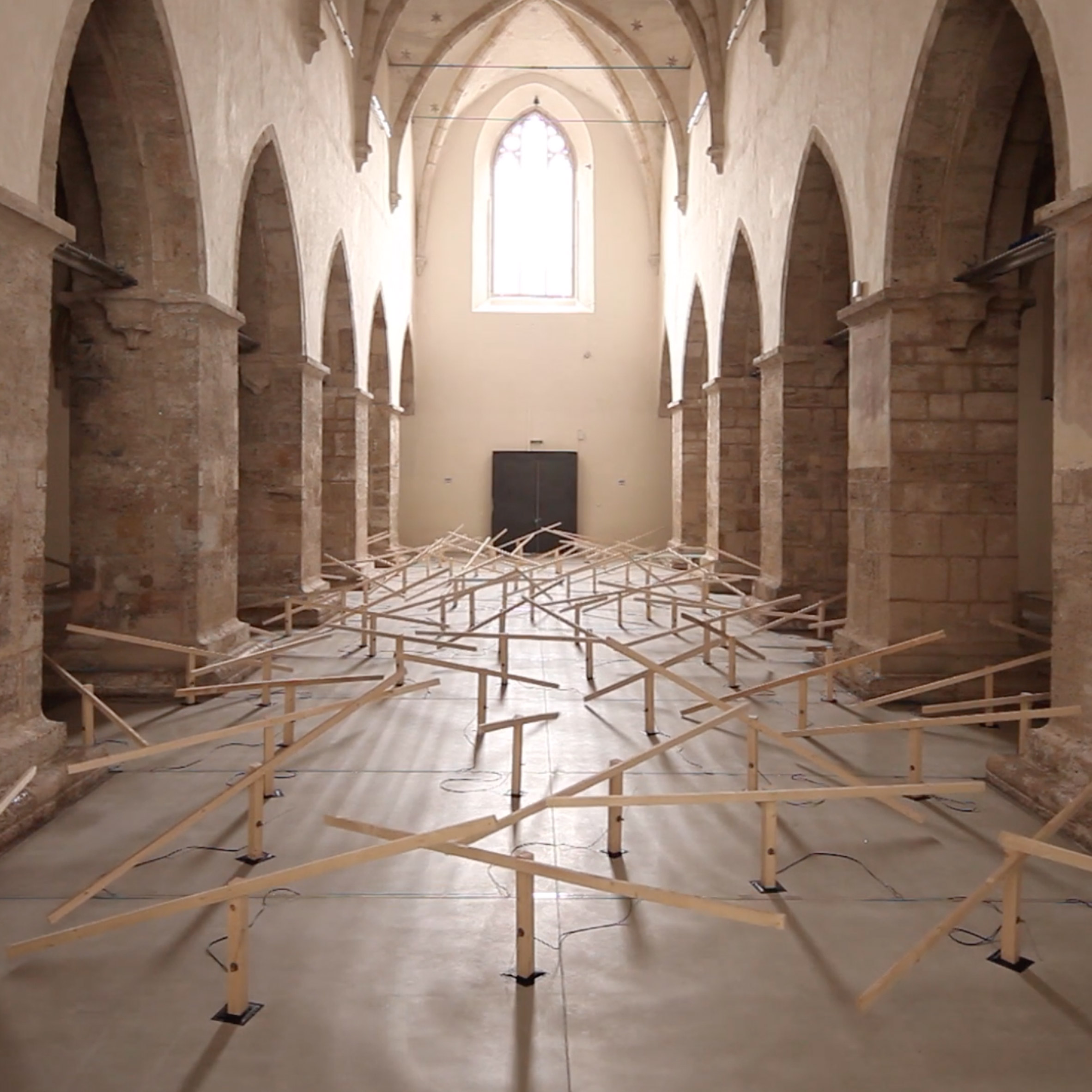 Zimoun inserted 150 wooden seesaws inside the nave of a Gothic Austrian church to create this installation, named after the materials and quantity the artist used.

A motor attached to each of the wooden assemblages propels its movement. The seesaws teeter and hit the ground at different times causing a cacophony that is amplified by the acoustics of the chamber space. 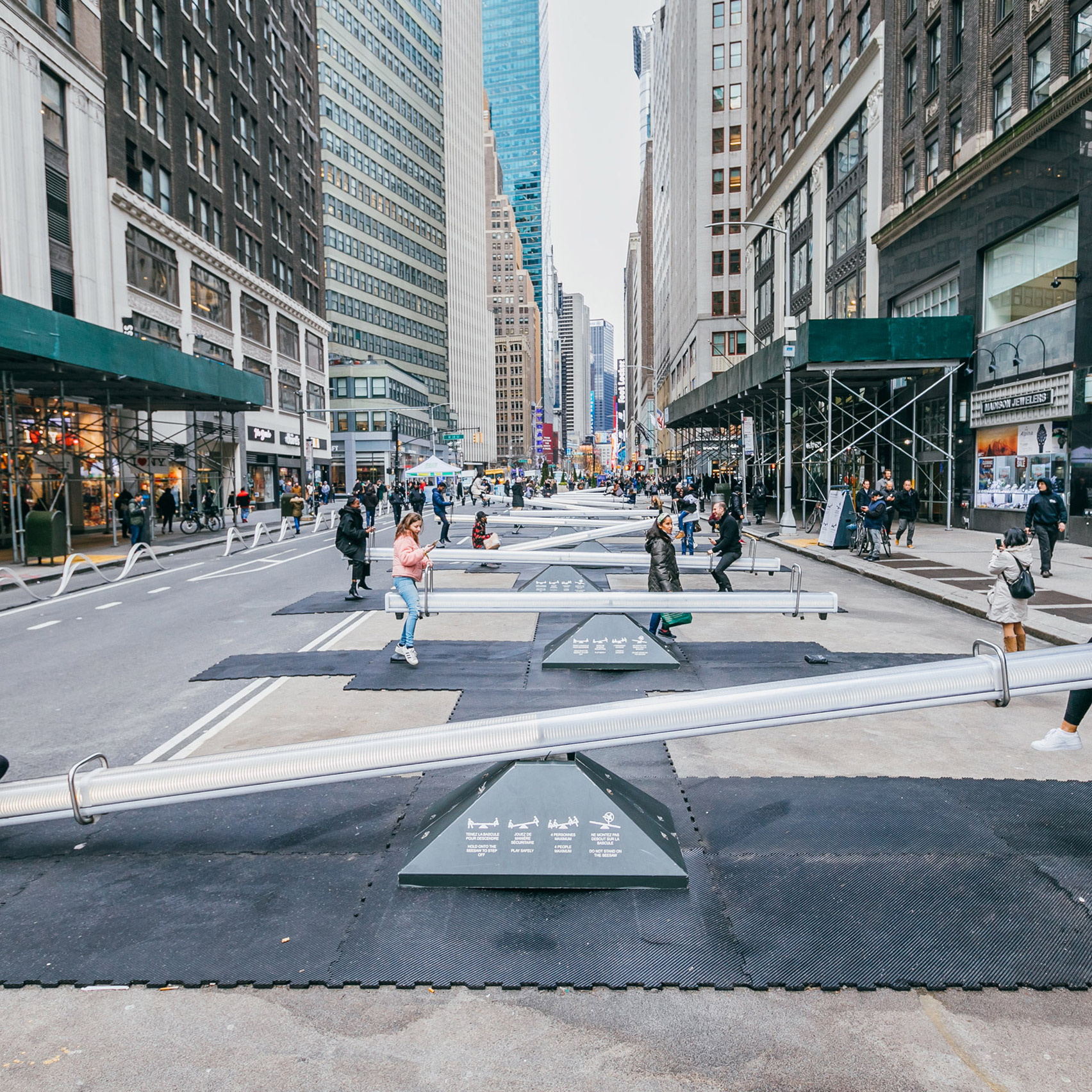 A street in New York City's Garment District was closed off for another installation of Impulse. Similar to its first showcase in Montreal the Canadian designers attached LED lights and speakers to the polycarbonate planks.

Twelve seesaws ranging in length are activated by the motion of riders. All of the sounds are randomised resulting in a composition that is always different.

The post Six seesaws designed outside of the playground appeared first on Dezeen.

Making an A-Framed Clothing Rack that flat pack
May 15, 2021