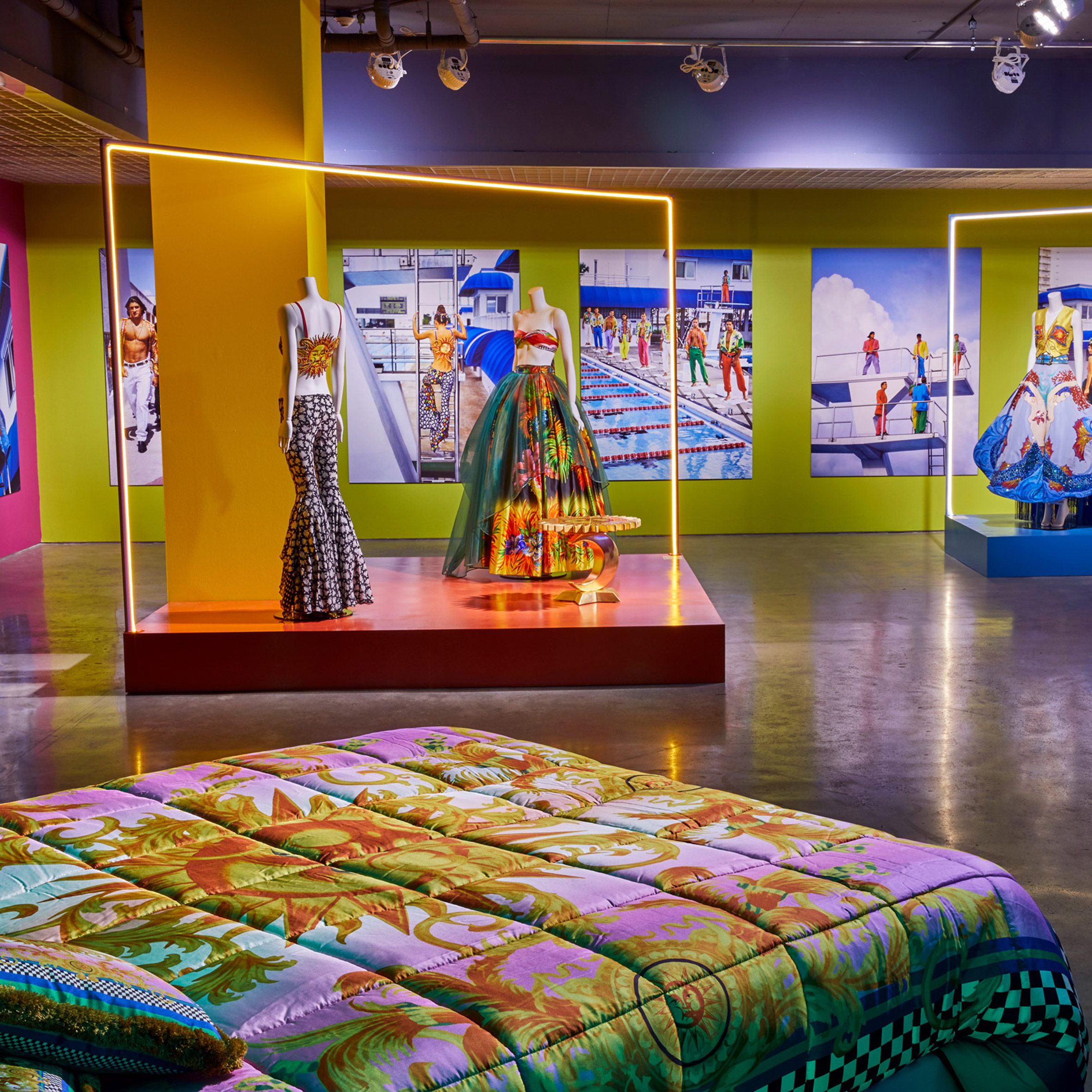 Called South Beach Stories, the Versace exhibit was located in a dim room at the Palm Court event space in the Miami Design District for this year's Design Miami, which took place last week. 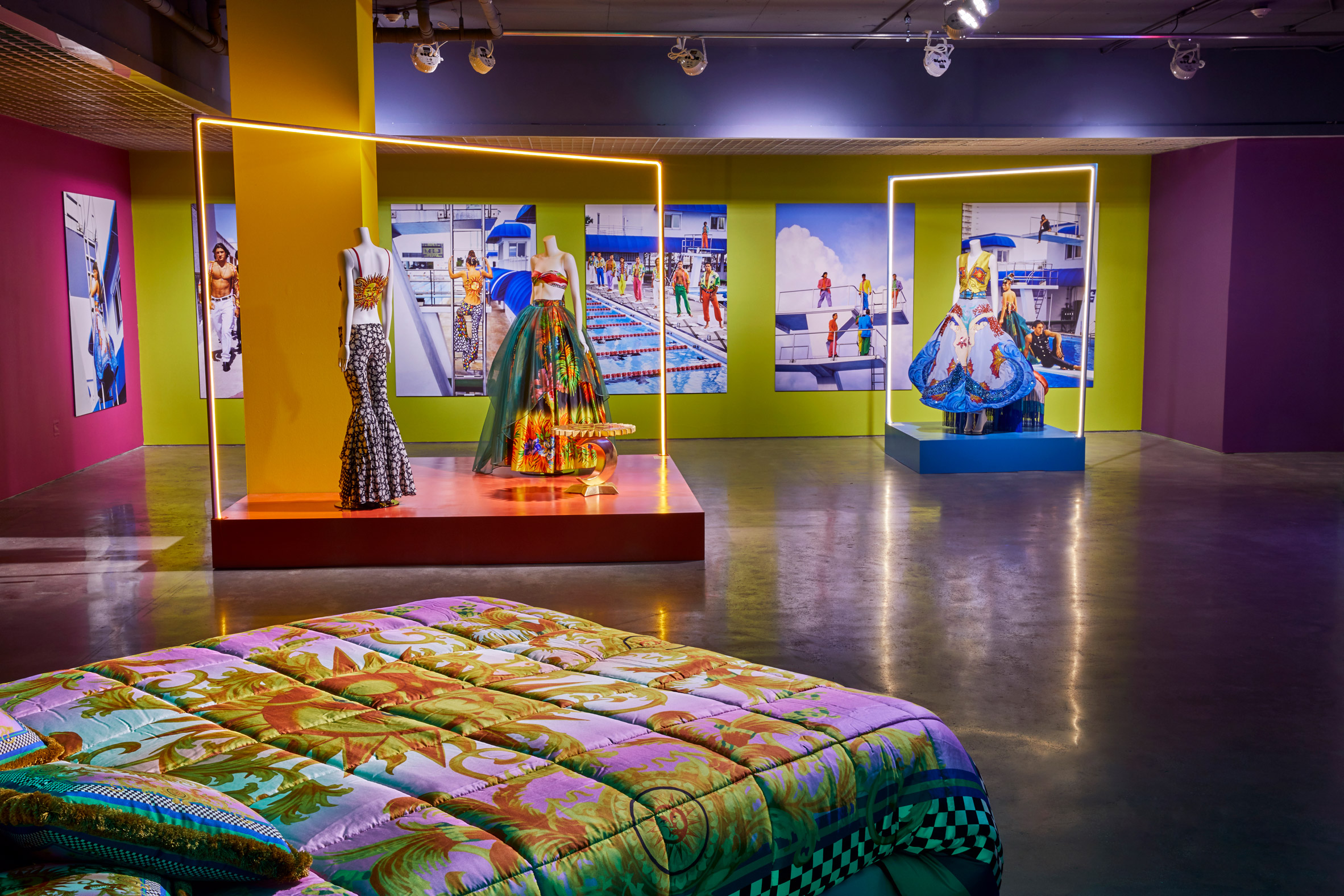 Sasha Bikoff created the furniture and pieces on show to reference set designs and outfits that feature in Versace's campaigns photographed in Miami from the early 1990s. In the exhibit, the designer presented the pieces alongside the vintage clothing they represented. 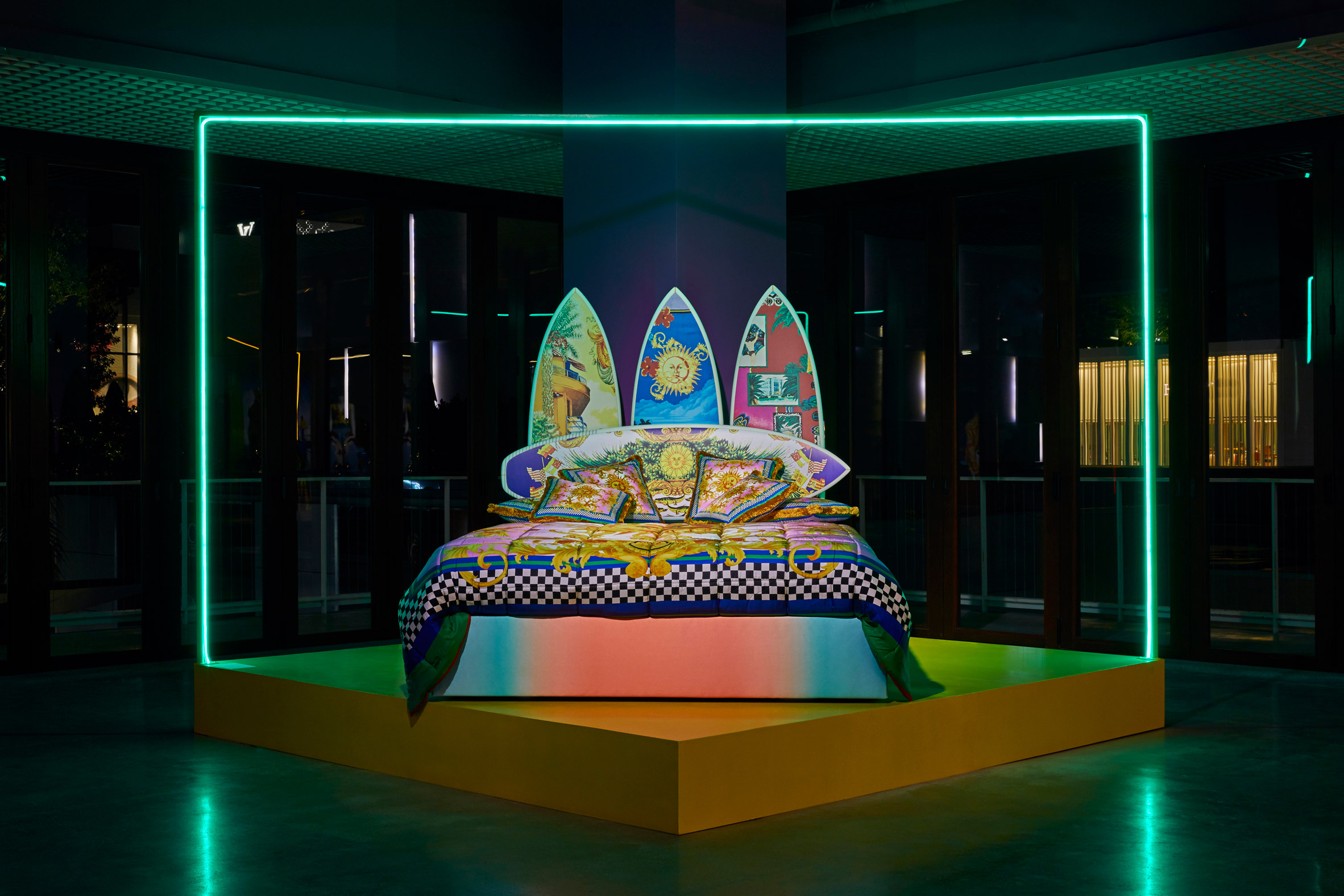 A feature of the exhibit was a surfboard headboard and bed covered in colourful sateen linens, decorated in the fashion house's prints from decades ago.

A golden wood coffee table topped with the sun provided a reference to a garment from the brand's spring-summer 1993 collection.

Dresses from Versace's Miss S&M line in 1992 were transformed into a leather bondage swing, with hardware of a gilded Medusa as featured in Versace's logo.

Free-standing, colourful LED frames served as display cases for the ensembles, while walls were painted pink, lime and purple for additional flair. The LED structures were a nod to the neon signage on Miami Beach's Ocean Drive. 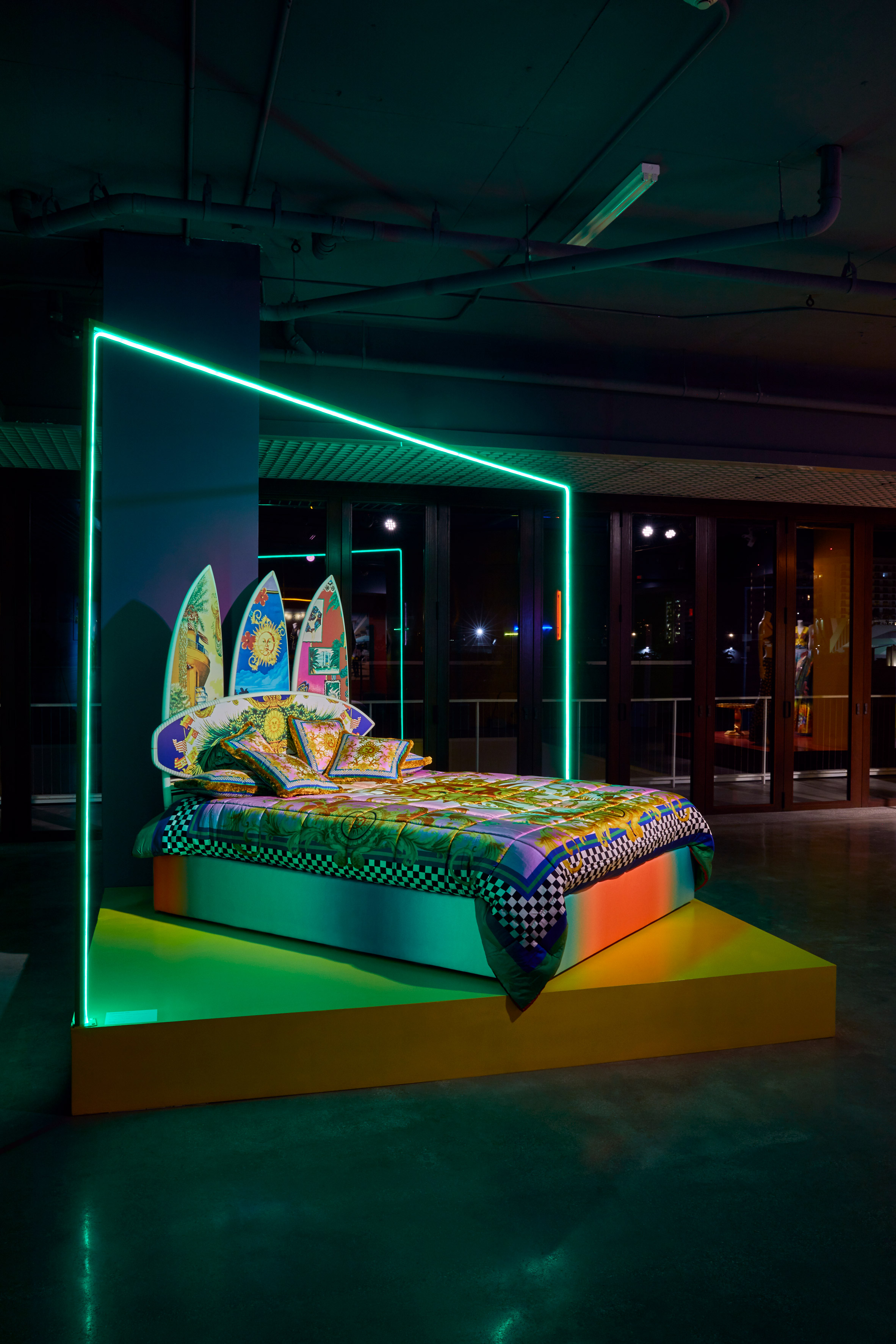 Bikoff also created two limited-edition Virtus leather handbags by Versace for the event, taking cues from her favourite art-deco buildings in South Beach. The bags have seafoam green, peach and blue tones, and V-shaped hardware lacquered in green and red.

The name of the installation, South Beach Stories, comes from a book published by the Versace family in 1993 that celebrates Miami with fashion photographs by Doug Ordway, sketches by Manuela Brambatti and paintings by Roberto Juarez. 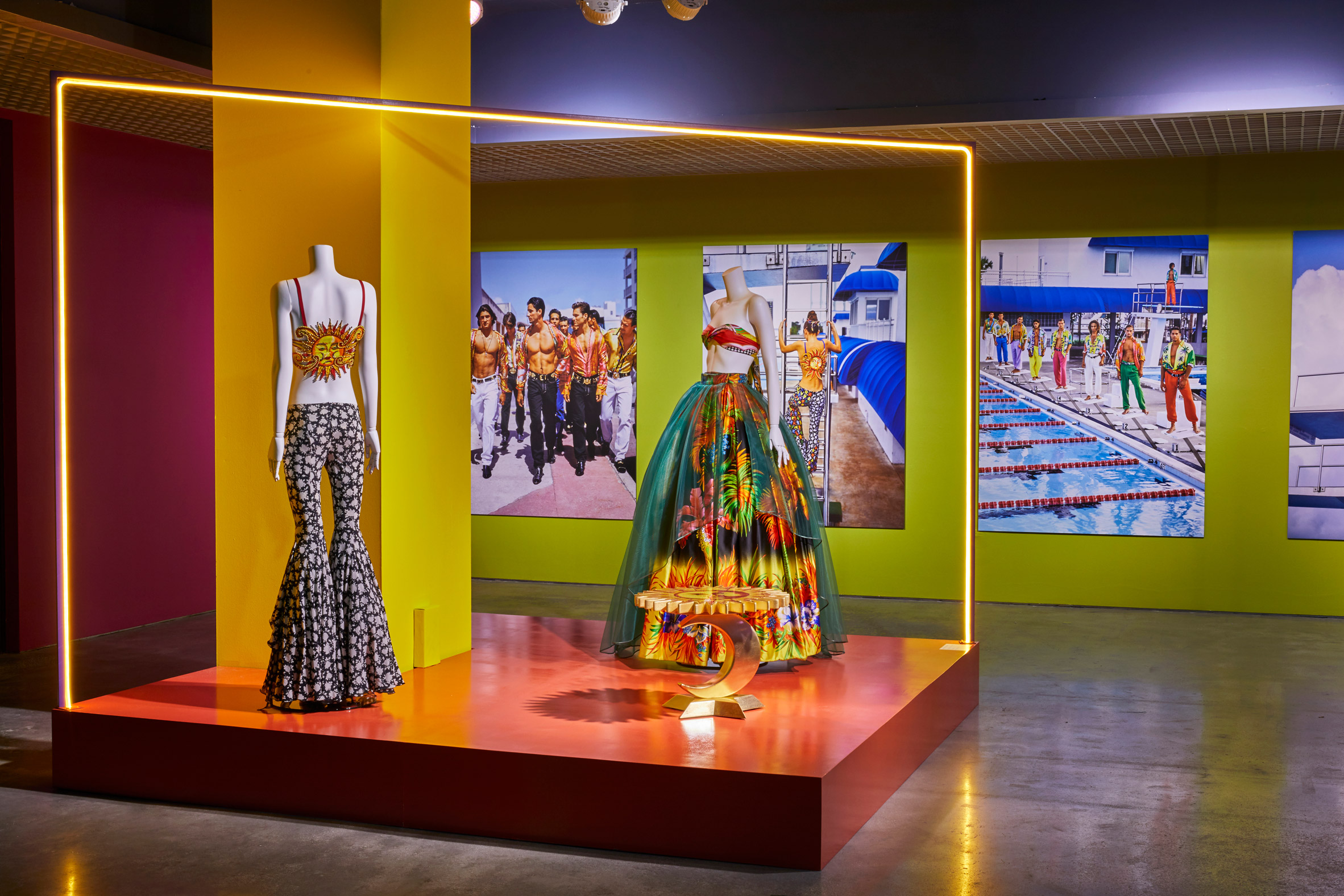 "Similar to the book, the exhibition shares the life of a family of true artists that came to this city and made such a big cultural and creative impact that is still in our minds and hearts today," Bikoff said.

Other details included a wall lined with photos of Versace's spring-summer 1994 campaign, taken by Ordway and curated by Bikoff. These photos are also included in the book. 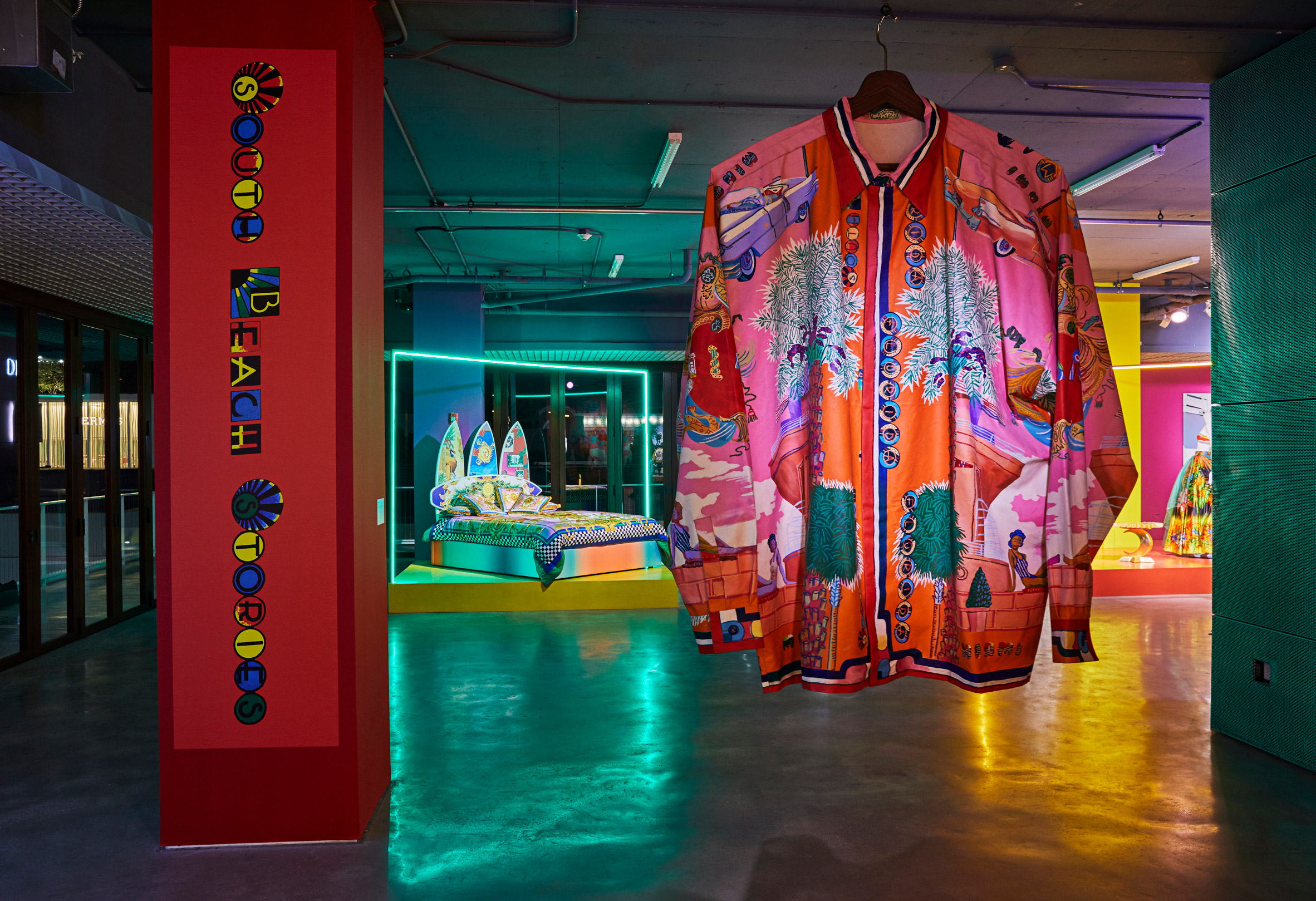 Versace was founded in 1978 by Italian fashion designer Gianni Versace, and was taken over by his sister Donatella when he was murdered outside his Miami home in 1997.

Design Miami 2019 took place from 4 to 8 December in tandem with the city's Art Basel festival. Other highlights of the annual showcase includedDaniel Arsham's office-like, turquoise booth and a traffic jam covered in sand, called Order of Importance.

We’ll be the first to admit that we never initially pictured ourselves sewing almost professionally or en masse when we first started learning how to sew
Jul 23, 2021