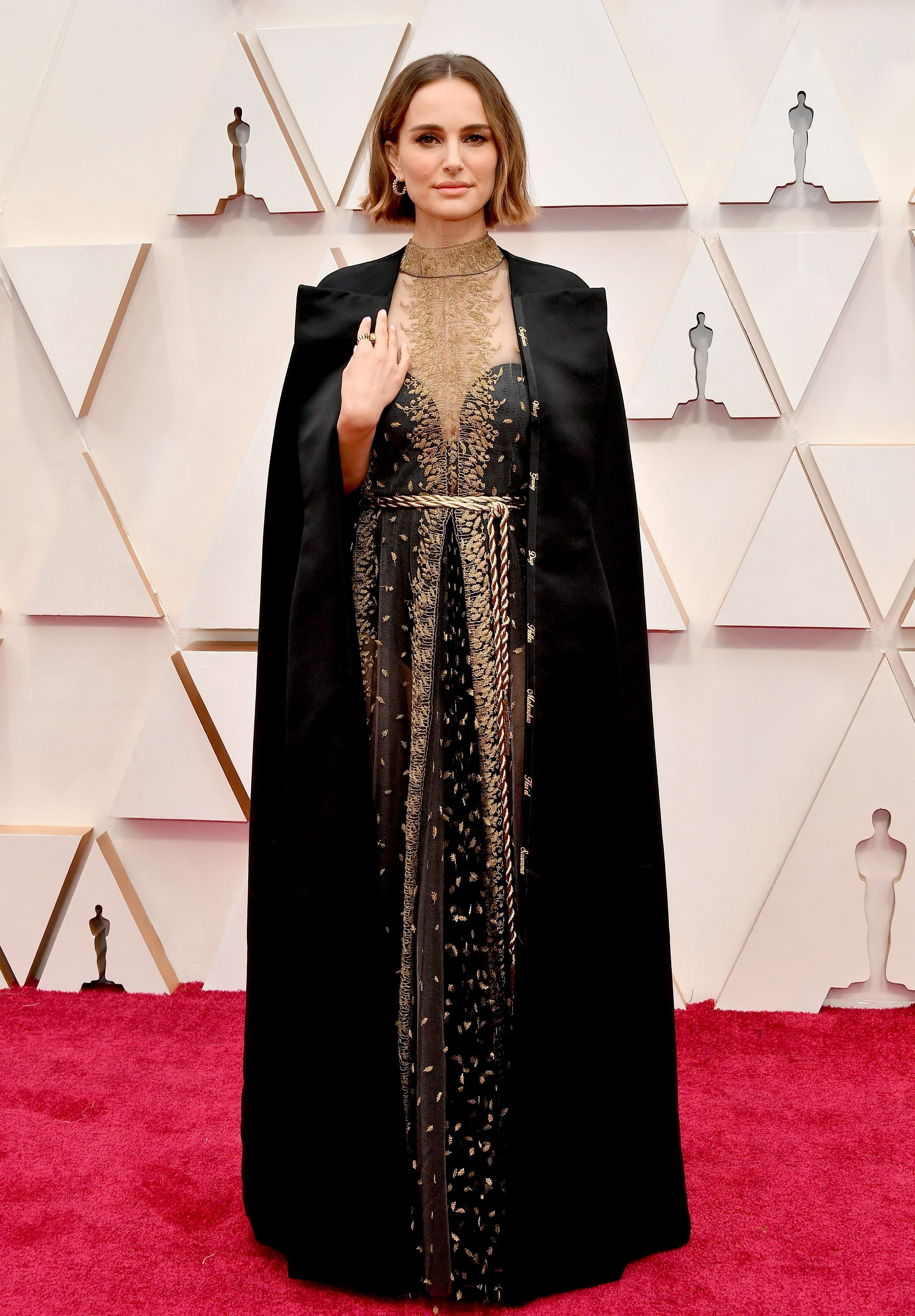 Natalie Portman has responded to Rose McGowan's criticism of her sartorial protest at this year's Oscars ceremony.

On Sunday, Portman made headlines for donning a cape that was embroidered with the names of snubbed female directors. And while the move was initially applauded by many, on Tuesday, McGowan took to her Facebook to express her "disgust" with the gesture calling Portman a "fraud" and accusing her of "acting the part of someone who cares."

"I find Portman's type of activism deeply offensive to those of us who actually do the work. I'm not writing this out of bitterness, I am writing out of disgust. I just want her and other actresses to walk the walk," McGowan wrote. "Natalie, you have worked with two female directors in your very long career- one of them was you. You have a production company that has hired exactly one female director you."

Now, Entertainment Weekly reports that Portman has addressed McGowan's critiques via her own statement, in which she agreed that it was "inaccurate to call me 'brave' for wearing a garment with women's names on it."

"Brave is a term I more strongly associate with actions like those of the women who have been testifying against Harvey Weinstein the last few weeks, under incredible pressure," Portman wrote in a nod toward McGowan's highly publicized sexual assault accusations against the disgraced film producer, before doubling down on her hope that the industry would offer more directorial opportunities for women.

"The past few years have seen a blossoming of directing opportunities for women due to the collective efforts of many people who have been calling out the system. The gift has been these incredible films," she said. "I hope that what was intended as a simple nod to them does not distract from their great achievements."

And while Portman admitted that she's only made a few films with women, she also cited a study from USC's Stacy Smith which found that female-directed studio movies were much more difficult to get financed and greenlit.

"If these films do get made, women face enormous challenges during the making of them. I have had the experience a few times of helping get female directors hired on projects which they were then forced out of because of the conditions they faced at work," she continued, before reiterating that she's committed to the cause. "I have tried, and I will keep trying. While I have not yet been successful, I am hopeful that we are stepping into a new day."

McGowan has yet to respond to Portman's statement.

Dress Shirt vs. Casual Shirt: Everything You Need To Know
Dec 05, 2021

Designer Fashion: Your Guide To The Latest Trends
Dec 03, 2021