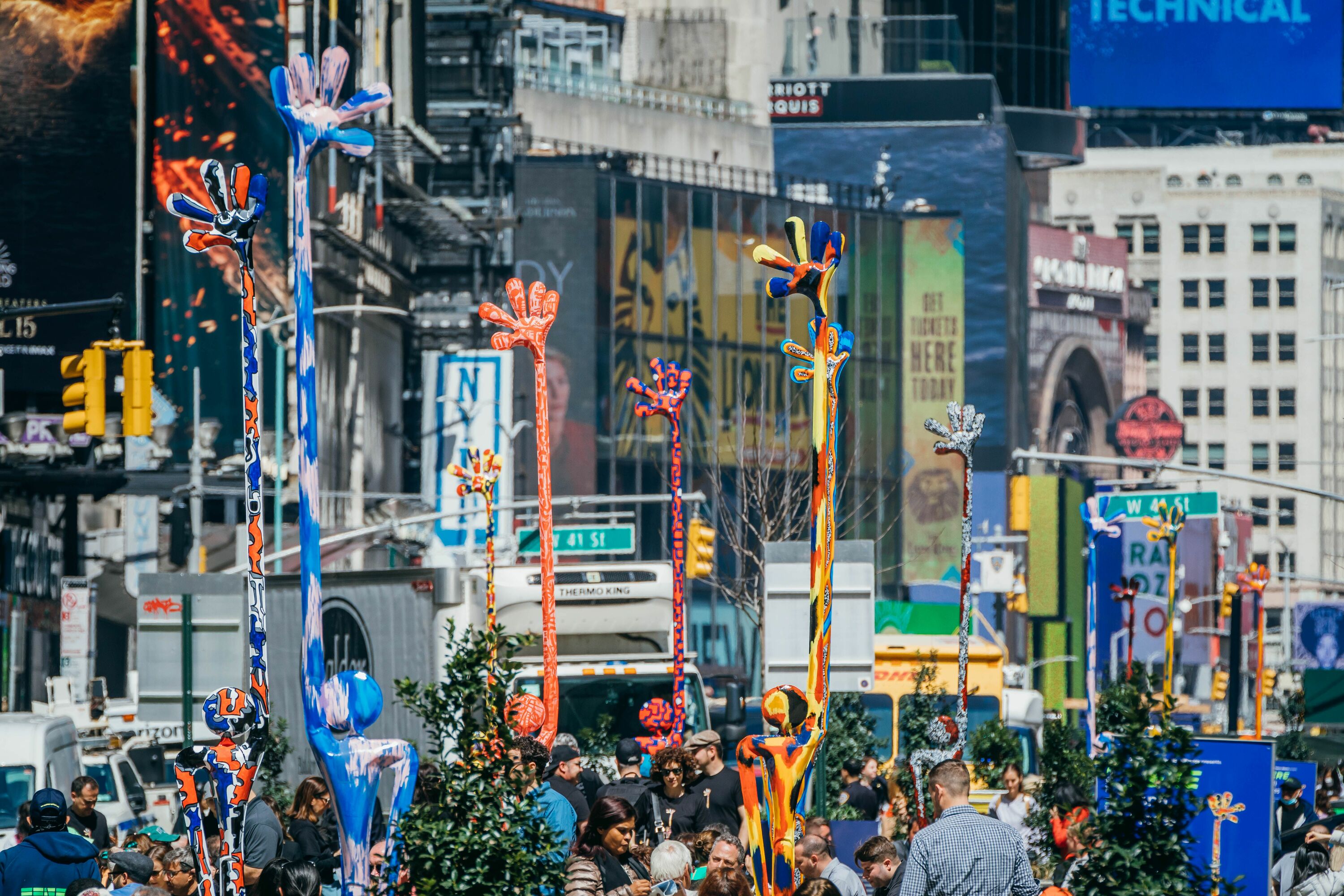 If walking by the Garment District, make sure to wave hello to the fourteen gigantic sculptures with raised hands that have been installed around the neighborhood.

Created by artist Santi Flores, the monuments are part of the Garment District Alliance's new public art exhibit, "Here," and you'll find them on Broadway between 38th and 41st Streets.

"Here symbolizes unity, diversity and individuality, and is dedicated to all New Yorkers and visitors passing through the neighborhood," reads an official press release about the installation. "Crafted from steel, concrete and enamel paint, Flores' sculptures vary in size, with the largest of the series towering over the streets of midtown Manhattan at 14 feet tall."

The exhibition is completely free to the public and will stay in place through August 29. Needless to say, each piece makes for wonderful social media fodder—so don't be surprised if you notice a cluster of people surrounding the enormous structures with outstretched arms.

You'll notice that each monument boasts the same exact raised hand gesture but looks different in terms of color and "skin." According to the press release, those on-the-surface differences represent the diversity and individuality that New Yorkers are known. As a group, the similar pieces seek to send a message of unity.

Speaking of giant sculptures: another visually striking outdoors installation, this one in Greenwich Village, has been amusing New Yorkers for about a week now. Found by the Ruth Wittenberg Triangle—at the intersection of Greenwich Avenue, the Avenue of the Americas and Christopher Street—"Faces of the Wild" features nine, six-foot-tall monuments depicting critically endangered animals. They're going to be on display for four months in total.

Love doing stuff in your city? Tell us all about it in our annual, global, Time Out Index survey.

Titanic’s Cast Had To Deal With The Hassle Of Historically Accurate Underwear
Feb 07, 2023