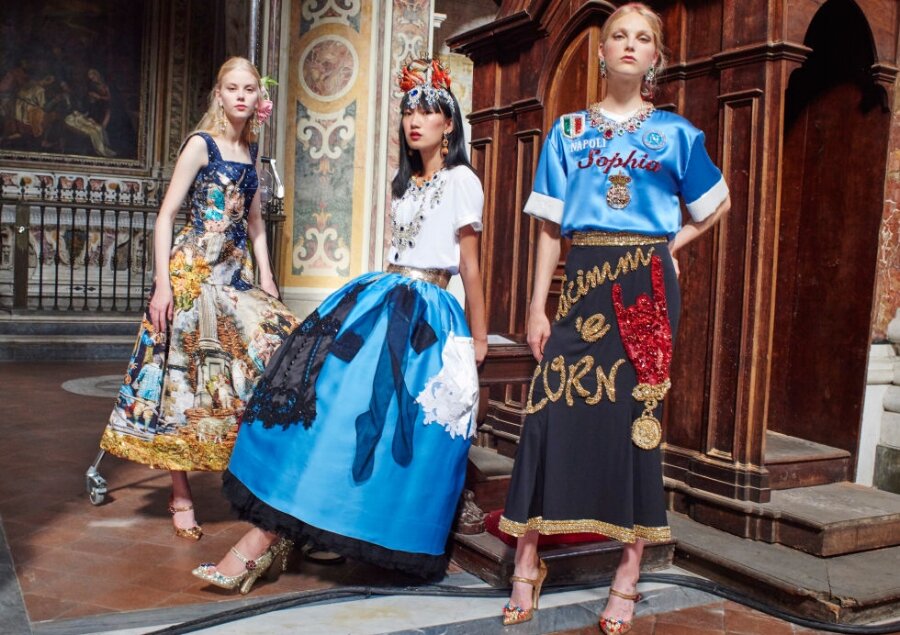 In between the voluminous skirts and intricately embroidered gowns that Dolce & Gabbana sent down the runway as part of its Fall 2016 Alta Moda collection in Naples was an ode to sport: a sky blue (European) football jersey, complete with the number ten and the name of Diego Maradona in silk and crystals. While the retired soccer player, formerly of S.C.C. Napoli, first called designers Domenico Dolce and Stefano Gabbanas garment a splendid gesture of love towards Naples, he ultimately changed his tune, and called foul by way of an Italian lawsuit, in which he accused the Milan-based brand of misappropriating his likeness by hijacking his jersey without his authorization.

Now, more than two years after the famed footballer filed suit, seeking more than $1 million in damages in connection with the fashion brands alleged misappropriation, which stood to cause confusion amongst consumers as to the source of the jersey and/or the connection between D&G and Maradona when such a connection did not exist, a Milanese court has taken his side.

In a decision issued earlier this month, as reported by European intellectual property site IPKat, a judge for the Milan Court of First Instance held that the use of a decorative element, which reproduces a [distinctive sign of name] of a third-party leads to the establishment of an association with that person. Specifically referencing Dolce & Gabbanas use of the Maradona-specific elements, the court stated that when the sign is well known and conveys particular impressions of historical allure and football excellence, which is true in the case at hand, it cannot be freely used by third-parties without the permission of the rightsholder.

With that in mind, the court held that by making use of Maradonas name without his consent, Dolce & Gabbana ran afoul of the Italian Industrial Property Code, which, as IPKat notes, provides extensive image rights protection, which have been broadened over the years as courts have issued decisions that have progressively broadened the scope of protection afforded to ones own image, name, likeness, voice, etc. (Such rights mirror the right of publicity protections that exist on a state-by-state basis in the U.S.

As for the damages at play, the court is forcing D&G to pay 70,000 euros (quite a bit less than the 1 million euros that Maradona was seeking), a sum based on the figures associated with prior endorsement deals involving the retired sports star. In determining the monetary damages award, the court placed emphasis on the fact that Dolce & Gabbana never actually manufactured or sold any quantity of the shirt that appeared on its runway, which is not out of the ordinary for the wares that brands make for their over-the-top runway spectaculars, which are largely staged in furtherance of an effort to court couture clients, press, and ready-to-wear and accessories customers.

In a statement this month, Maradona said that while tributes are fantastic, I think [Dolce & Gabbana] should have asked for the permission they needed to use my name in their show, with his counsel Ulisse Corea noting that the only person who can use that name, as well as the image of such a famous person to obtain financial benefits, is Maradona himself.

John Vitti: One Realization Away From Controlling His Own Destiny
Jan 15, 2022