Participants in four divisions decorated or constructed a garment and then modeled it. The judging was based on posture, poise, grooming, attitude and the outfit on the model. This includes becomingness to the model, choice of texture, color and style, fit, and accessories.

Judges for the event were Sharon Blackham, and the emcee was Heather Brungardt.

This year’s winner in the Junior Division was Remington Gerlach, who was the only competitor in the division. Remington chose to create a tie-dye tank top, which took several different tie-dye techniques and color combinations to perfect. and paired it with a simple pair of shorts and glittery sandals. Remington received a trophy and a flower bouquet.

The Champion Intermediate participant was Natalie Adels. Natalie modeled a black short sleeve daisy top with a black tank top underneath, paired with white pants and black flip-flops. She received a trophy and a flower bouquet.

Mattea Pelton was named Reserve Champion in the Intermediate Division. Mattea modeled the multi-color striped overall shorts she made, paired with an orange short sleeve shirt and black dress sandals. She received a balloon bouquet and a ribbon.

Also competing in the intermediate division were Taylor Tribbett and Piper Withers.

This year’s Senior Champion winner was Ashton Nichols. Ashton’s upcycle your style project was a pair of jean pants with honeybees and a honeybee hive sewn on, paired with a black short sleeve shirt and black sandals. She received a trophy and a flower bouquet.

Ashton will be representing Logan County at this year’s State Fair Fashion Revue.

Reserve Champion in the Senior Division was Ayla Baney. Ayla created a tie-dye t-shirt and jeans with American flag patches on them, which she paired with brown sandals. She received a balloon bouquet and a ribbon.

Rounding out this division was Sadie Fehringer.

Every year there is an Encore Division at the fashion revue. The Encore Division is judged on suitability of the clothing to the person, appropriateness for the occasion, and fit.

This year’s Champion Encore Grand Champion was Taylor Tribbett. Taylor wore a blue sundress accented with a colorful bow and white two-strap sandals. She received a flower bouquet and a ribbon.

Reserve Champion in the Encore Division was Natalie Adels, who modeled a vintage short sleeve floral top and jeans. She received a ribbon and flower bouquet. 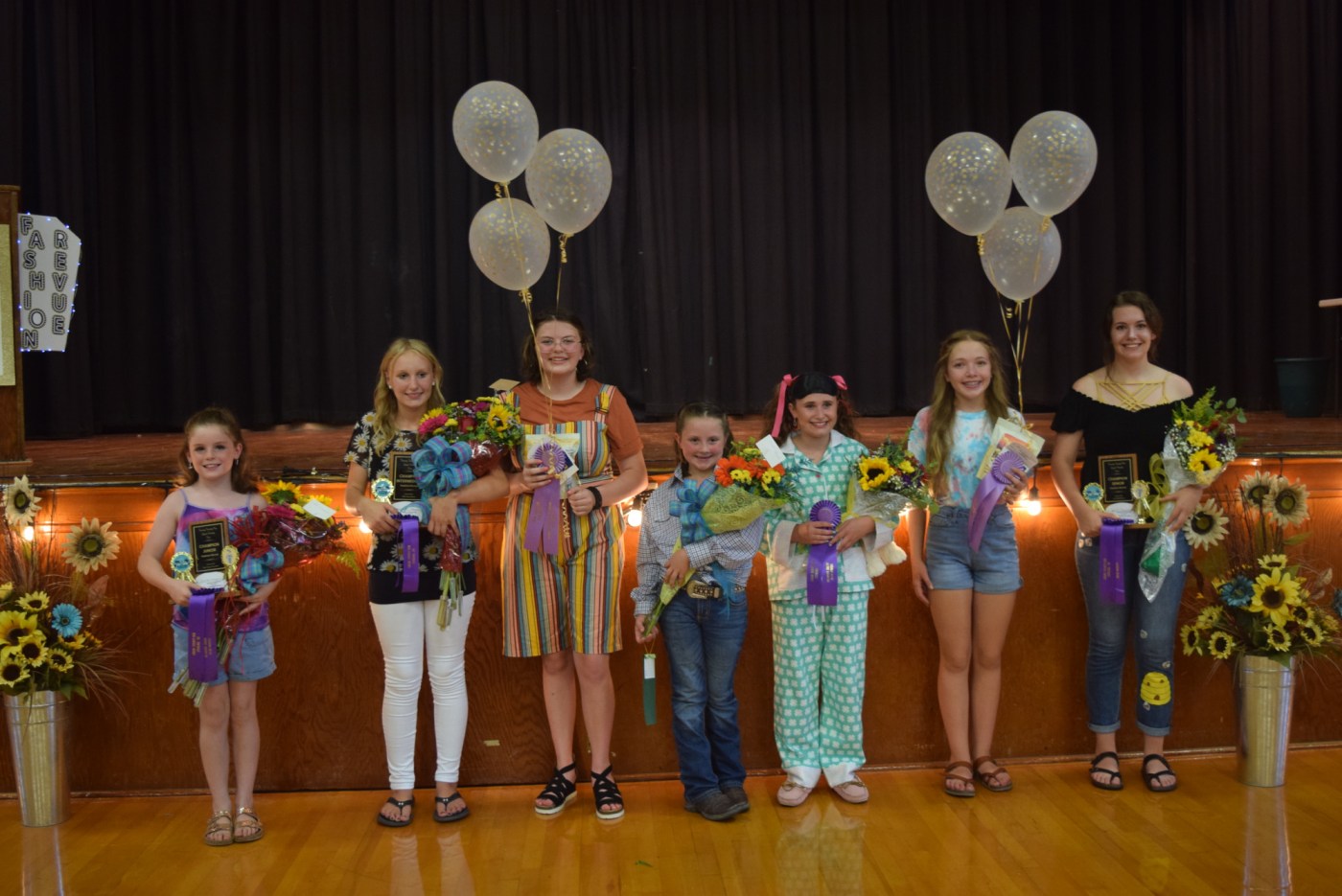