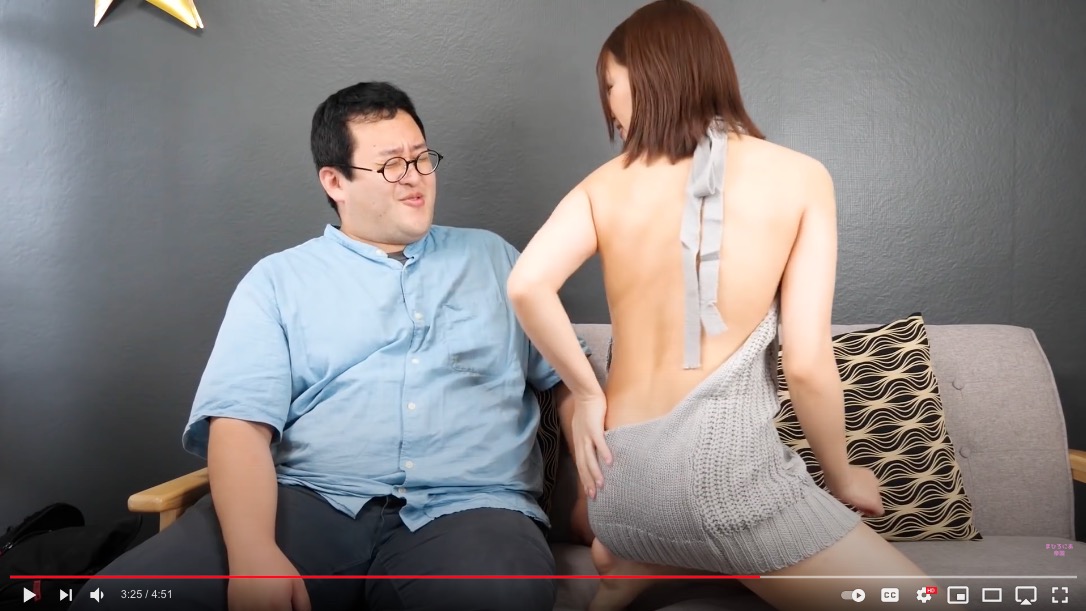 Japanese AV star models the flesh-revealing sweater for a real virgin to test its deadly powers.

Back in 2017, virgins around Japan were averting their eyes after a skimpy piece of clothing dubbed the “virgin-killing sweater” promised to slay them with its sexiness. The stimulation provided by the revealing garment was said to be strong enough to kill a virgin, but with empirical studies yet to determine its true deadliness, one woman decided to take matters into her own hands to test out the sweater’s true virgin-killing abilities.

▼ That woman is YouTuber and AV star Mahiro Tadai. 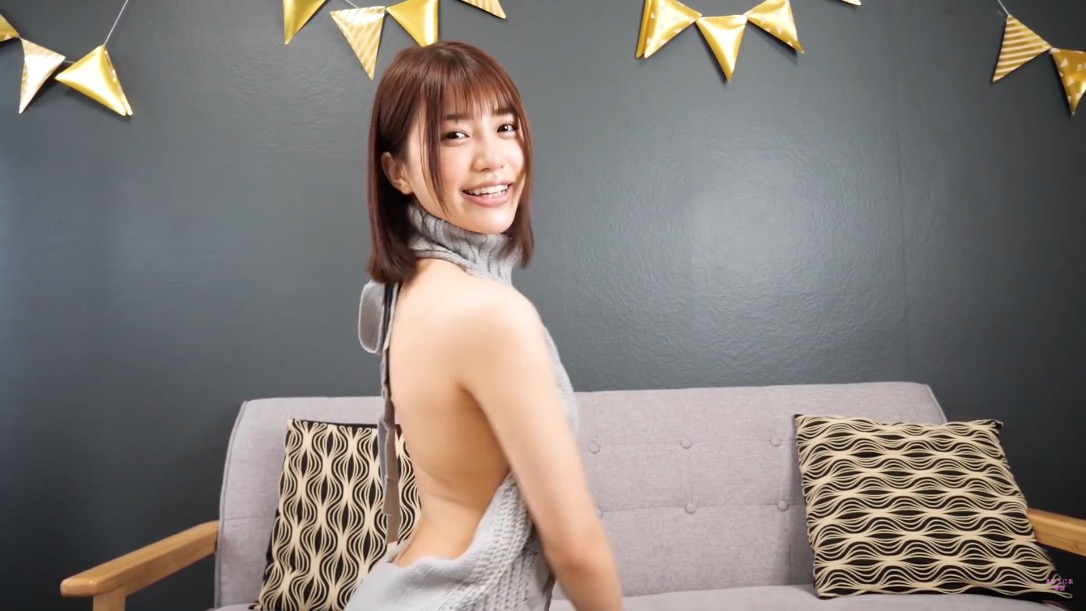 As you can see in the image above, the virgin-killing sweater is a mere strip of clothing that drapes over your front and sits on your butt, revealing all the flesh in between while thoughtfully keeping your neck warm.

The mere image of it is certainly enough to make a virgin’s head spin, but how would a real virgin react to seeing the garment being worn in real life?

In the video, Tadai models the garment for the viewer with a 360-degree turn before disappearing out of frame. Gunpi, a self-confessed virgin and one half of comic duo Haru to Hikoki, then appears on the sofa and is asked to wear an eyemask before Tadai returns to sit next to him.

That’s when he takes off his mask to see…the virgin-killing sweater! Instead of averting his eyes as any death-fearing virgin ought to do, Gunpi reels backwards, with a gasp of “heeeeeeee!?” as he finds himself unable to take his eyes off the sight in front of him. 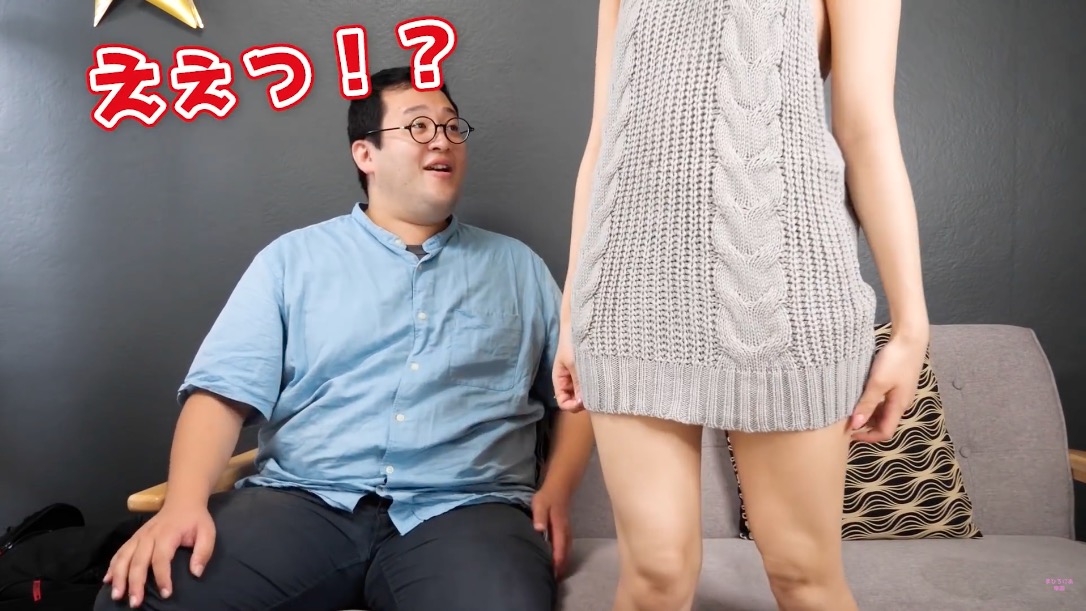 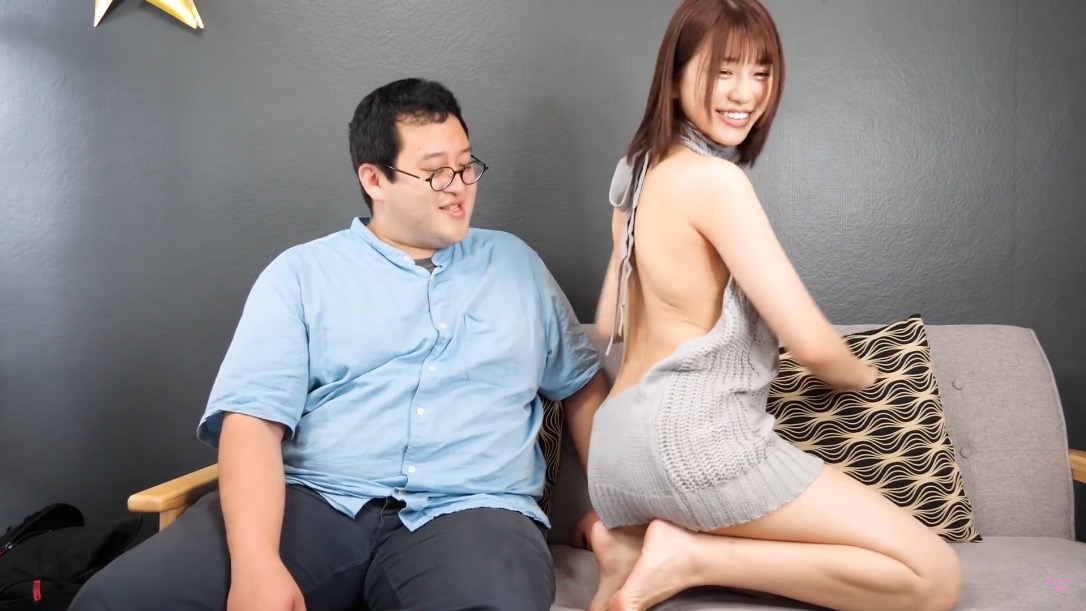 ▼ However, as Tadai turns towards him, her side-boob almost finishes him. 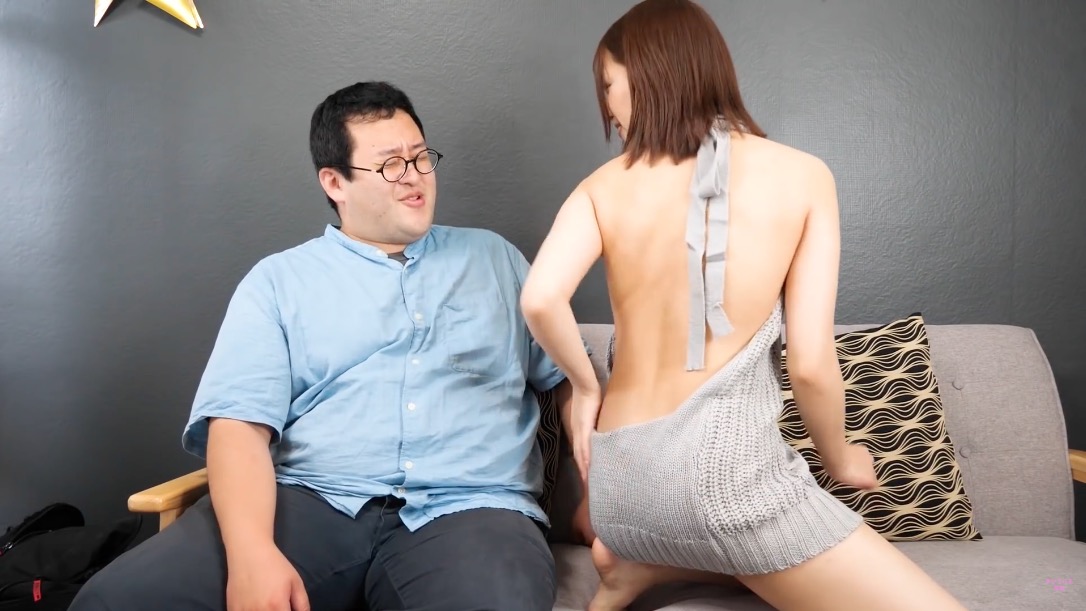 It appears to have been a close brush with death, but Gunpi makes it through the experience intact. As Tadai’s experiment comes to a close, she ends with the conclusion that the virgin-killing sweater doesn’t actually kill virgins, as Gunpi is not just living, he’s living with a broader smile than ever before.

Gunpi may have been a rare exception to the rule, though, so let’s hope Tadai doesn’t get any bright ideas to continue her research on other virgins in future videos. Because if she decided to model the Slit Ribbon Knit Sweater, which has slits in the front as well, virgins and non-virgins alike will be struggling to catch their breath.