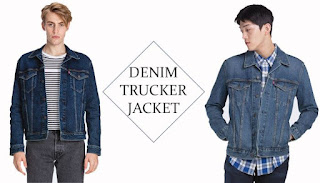 
The trucker jacket is credited with beginning its voyage in the 1920s and has since maintained its status as an iconic wardrobe essential for rough and androgynous fashion. Consequently, the style of denim jackets is heavily influenced by the trucker jacket. Are you curious about what a trucker jacket is? The traditional American trucker jacket is a great choice for an upper layer that can be worn throughout the year. In the spring, you can use it as your primary layering option, and in the winter, you can add it to your collection of winter coats.

These jackets design was greatly inspired by the well-liked denim trucker jackets, and some of the most distinguishing characteristics of these jackets include the waist-length cut, a button front fastening, buttons at the cuffs and chest pockets, and the signature vertical or slanted seams that run from the front chest pockets to the waist. Which one do you choose between a trucker jacket vs denim jacket in a contest? 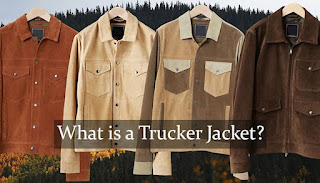 What is a Trucker Jacket?

In the 1990s, a new name—trucker jacket—was adopted, reviving the label formerly used by Japanese denim collectors for the third kind of jacket. Prior to its formal release as a trucker jacket, it was known by an unofficial, internal moniker.

Denim and leather remain the two most common and well-known fabrics for trucker jackets, and each have their perks and drawbacks. Denim trucker jackets are popular because they are comfortable, durable, and come in a wide variety of colors and styles. On the other hand, leather trucker jackets, such as Tan Nubuck Leather Jacket, are not only fashionable but also tough and protective.

The Original Trucker stays true to the classic, form-fitting trucker design. In addition to a well-defined shoulder construction, it also features a uniformly snug overall appearance. Denim composed of 98% cotton and 2% elastin retains its shape for a tailored and sophisticated appearance with just the appropriate amount of stretch.

Trucker jackets are built to withstand frequent wear and tear. Its primary function is in the sorting of the cloth needed to manufacture the jacket. Denim fabric thickness and durability are important factors in determining how quickly a trucker will wear out. The design, layout, and care schedule are other critical aspects.
Origins of the Denim Trucker Jacket

The Levi Blouse, also known by its manufacturing number 506, was a top half piece designed to go with Levi Strauss' renowned blue jeans. Exactly 9 ounces of sanforised material were used. It is also known as "double heavy extremely strong quality," or XX, denim as the blue trousers date from circa 1905.

It had a simple yet useful shape, being short and rectangular to facilitate mobility and having double pleats along the front. To offer the wearer more space, the stitches running between the pleats might be taken out.

The design was completed with a single stitched chest pocket and a silver buckle cinch somewhere at lower back, although both features would be changed for subsequent editions to include an extra buttoned cover for the pocket and a bronze buckle.

Although it had been referred to as Quantity One (thus Type I) for the first time over 20 years earlier, in 1917, the name "Blouse" would stay in use until 1938, when the move to "jacket" was affected within Dude Ranch Duds western apparel catalog. 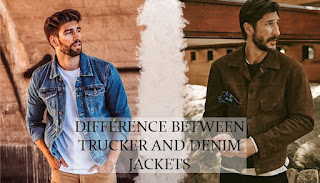 Trucker jackets are a specific kind of outerwear, distinct from denim jackets in terms of both design and pattern. In contrast, a denim jacket would be a garment constructed from denim fabric rather than any other kind of fabric since the quality of the fabric plays a significant role in this type of jacket.

● As a particular kind of jacket, the trucker jacket is characterized by its V-shaped panels. You could make such a garment from almost any material if it could keep its shape.

● When compared to traditional leather jackets, they are intended to provide a snugger fit all over the body.

● Denim fabric, which is used to produce jeans, is strong and sturdy, therefore jackets made from denim fabric are known for their durability and reliability.

● Denim's constantly evolving fashion value ensures that the trend won't ever go out of style. Such jackets are typical of the laid-back style. 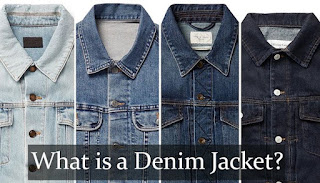 Unlike sports jackets, denim trucker jackets can't be styled up or down to fit the requirements of almost every occasion's dress code.

Some people who are highly into fashion would wear a denim jacket over a formal tie and shirt (and even a vest), but this is not a good look since the two pieces of clothing couldn't be more different.

Denim trucker jackets, on the other hand, are adaptable in that they match with almost all the items in your casual wear collection.
What is a Denim Jacket?

A denim jacket is a timeless piece of clothing that is worn by individuals of all ages. They often have a pastel blue hue, not unlike that of denim, and are put together in the same way. Denim jackets are a wardrobe staple for today's youth no matter the season.

Denim is a strong cotton fabric with a warp face and a weft that is stitched across at least two warp threads. Denim fabric, a twill weave, must have diagonal ribbing to distinguish it from cotton duck.

The use of natural fibers in its construction gave it the aura of a healthy commodity. Stretch and Lycra denim, for example, are made these days from synthetic fibers thanks to technological advancements.

Therefore, denim jeans may be made from either organic or synthetic materials. Depending on the cut and construction of the jacket, denim jackets may be divided into many levels. These denim categories include basic, standard, and premium options.

The original blue color came from an all-natural indigo dye. As a result of its excellent compatibility with cotton fabric, natural blue dye was selected for dying these garments. Cotton fibers absorb most dyes when heated, but indigo color remains on the surface.
Main Differences between Trucker Jacket and Denim Jacket

● Although trucker jackets have a standard cut and style, denim jackets are more freeform.

● Despite the 1880 introduction of denim jackets to the market, the trucker jacket didn't appear until 1905.

● While denim jackets are traditionally fashioned from jeans, trucker jackets may be manufactured from any fabric, like leather, cotton, etc.

● Compared to denim jackets, which often only last 3-4 years before they start to look worn out and ill-fitting, trucker jackets are a better investment.

● As a result of the many different materials that may be used to make them, trucker jackets are more expensive than denim ones.
Conclusion

The denim jacket and the trucker jacket are two examples of jackets that have been modified in various ways due to differences in design, cut, and fabric. Over time, a new kind of garment called a trucker jacket gained popularity. These jackets are distinguished by their v-panel construction and their ability to be crafted from almost any fabric. Denim jackets are perennial favorites because of their rugged good looks and the fact that they can be made to resemble any other kind of jacket while still being made of durable denim fabric. The principal distinction between them is the use of different types of fabric and different types of patterns. Denim jacket vs trucker jacket which one to choose depends on your preference and choice which one you like the most.