It’s Fashion Revolution Week, which means on social media there will be an outpouring of demands that sweatshops in Bangladesh be cleaned up, vows to never buy anything made in Bangladesh, and well-meaning statements that no one should die making our clothes.

And it’s true: six years ago, garment factories that produced for Western brands were some of the deadliest places in Bangladesh.

In the years leading up to 2013, on average 71 workers died each year in garment factory fires or building collapses. In one fire in November of 2012, 112 garment workers were killed in a Bangladesh factory known as Tazreen that produced for Sears and Walmart. Five months later the Rana Plaza garment factory complex — which supplied a half dozen popular Western brands, including Children’s Place, Mango, and Benetton — collapsed, killing 1,134 people.

Bangladesh is still defined by that one tragic day. It’s in almost every lede of any story that bashes fast fashion.

But that’s unfair. In truth, Bangladesh should be an inspiration to activists and other countries, because of what came after.

In 2013, as shocking photos of dead garment workers clutching each other in concrete rubble rocketed around the world, brands faced two choices. They could pull out, which is what Disney chose to do. But with 84 percent of Bangladesh’s exports and one out of every 28 working-age people employed in the garment sector, a brand exodus would do more harm than good.

Staying was also a risk. Bangladesh is ranked the 31st most corrupt out of 180 countries, and at the time, one out of ten parliamentary members were garment factory owners. Corporate social responsibility programs and third-party audits were proving useless.

So the international fashion industry created a third option, an unprecedented experiment in which it did something that had never been done before… at least so effectively.

A group of (mostly European) companies, including H&M, Adidas, Benetton, Inditex (Zara), Mango, and American Eagle Outfitters signed a legally-binding agreement: the Bangladesh Fire & Safety Accord. Funded by the brands and splitting power with international and local labor unions, the Accord took over the government’s role of inspecting factories and requiring safety remediations. (American brands formed a similar but non-legally-binding, brand-only group called the Alliance for Bangladesh Worker Safety.)

The Accord was a radical collective bargaining agreement created for the 21st century. “If we accept that there are global supply chains, it’s logical to assume that you can’t just have a national system. This was the missing piece,” says Dr. Mark Anner, Director of the Center for Global Workers’ Rights at Pennsylvania State University.

The Accord was transparent, well-funded, with teeth. It inspected more than 1,600 factories and posted the results online. Lockable doors and collapsible gates were replaced with fire doors. Tangled wiring was organized and properly grounded. Anonymous worker complaints led to swift evacuations so that structurally-unsound factories could be shored up. One hundred and fifty-five factories that refused to comply were blacklisted from producing for Accord brands. And accountability went both ways —  two unnamed Accord brands were forced in a settlement to fund $2 million in safety remediations.

“Undoubtedly, we can say it’s saved workers’ lives,” says Liana Foxvog, Campaign Director at the International Labor Rights Forum in D.C. Garment worker deaths in Accord and Alliance factories dropped to zero. The only exception was a boiler that exploded in 2017 in a factory that supplied European brands, killing 14. At the time, boilers weren’t part of the Accord’s mandate, so it created a pilot project to address them.

From almost 1,200 deaths to zero! That’s an incredible change. Unfortunately, it has gone almost completely unremarked by the international ethical fashion community. Consumers to this day, prodded on by influencers who have never set foot inside its borders, believe that Bangladesh factories are uniformly sweatshops, a fact that has frustrated factory owners like Mostafiz Uddin of Denim Expert, who was one of the first factories to be certified by the Accord.  I visited his factory in Chittagong in late 2018, and was pleasantly surprised by the light pouring in the large windows onto the sewers seated at the tidy rows of sewing machines, the state-of-the-art and clearly marked fire-fighting equipment, and the succulents decorating the wide, fire-safe stairs.

“When Rana Plaza happened, we all woke up,” Uddin says. “Unsafe factories are not able to run anymore.”

Well, that is half true. Unsafe factories that produce for Western brands are not able to run anymore. Last February, a fire and explosion in a building in old Dhaka where chemicals (likely destined for a garment factory) had been illegally stored killed 70 people. In March, six were injured in a fire in a factory outside of Dhaka that had been removed from the Alliance’s approved list. The government was aware that it was operating without an adequate fire alarm system, fire-fighting equipment, and safe emergency exits. More recently in December, two different fires ripped through factories manufacturing plastic and fans, killing at least 10 and 15 people respectively.

Now, when people casually say, “Oh, Bangladesh, isn’t that just all sweatshops?” I tell them that if there was a disaster in Bangladesh, I would probably shelter inside the nearest export garment factory. They are some of the safest places in Bangladesh. 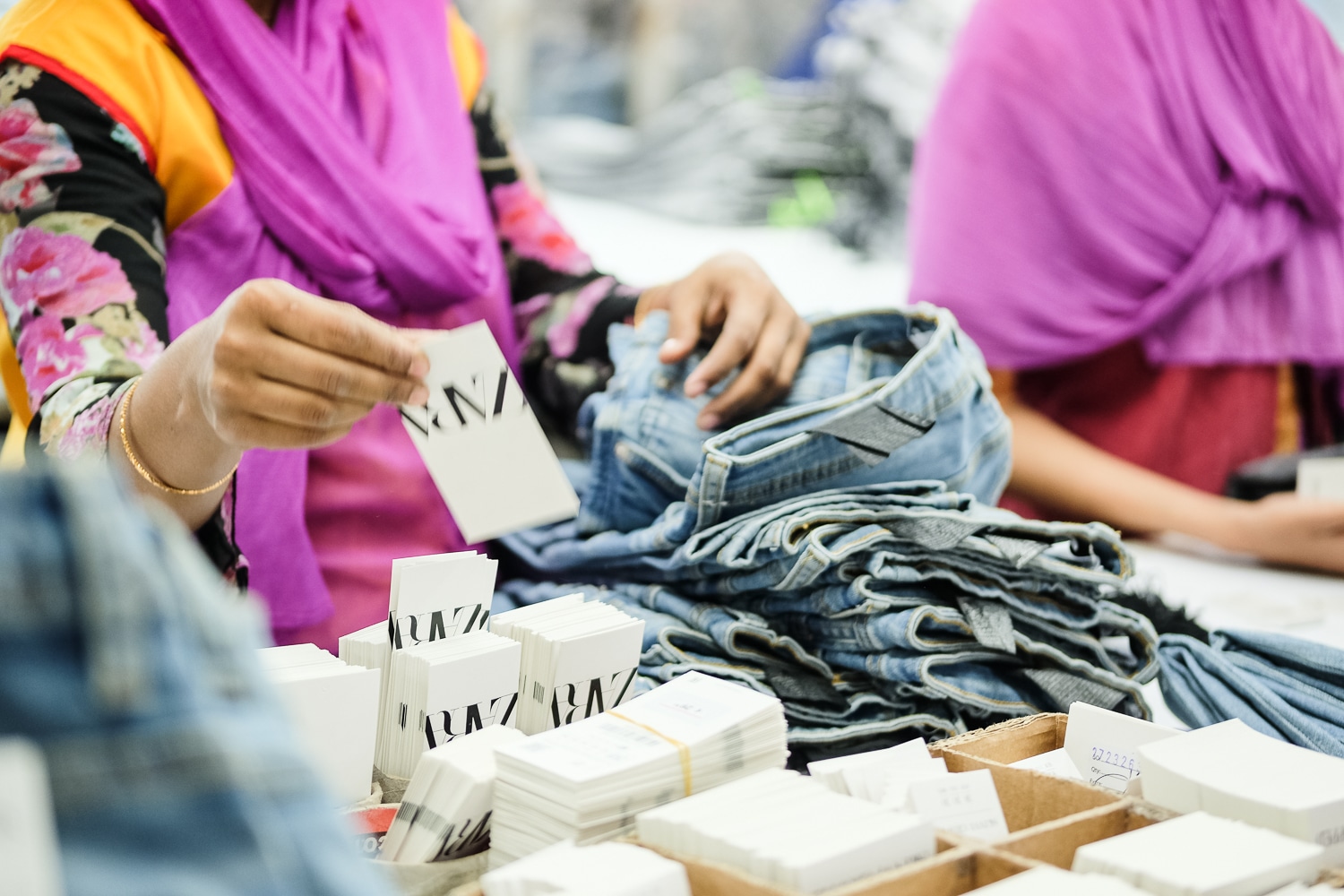 The Biggest Issues Today in Bangladesh

To be clear, that no one should die sewing $5 throwaway shirts is the bare minimum. There’s still much more to do. Bangladesh’s notoriously toxic leather industry is not covered under the Accord. Unpaid overtime, poverty wages, and sexual harassment are still the norm. (But, those issues are also common in our own backyard, in Los Angeles.) The Bangladesh government did raise the minimum wage in September of 2018 to $95 a month, the first increase since Rana Plaza, but well below a living wage of $193 a month. Last February, 5,000 striking garment workers were fired en masse. Brands who hold up safety with one arm ruthlessly force prices down with the other, now paying 13% less than they did in 2011 for the same product.

“There may be many more Rana Plazas waiting to happen in other countries,” Foxvog told me last year. She was right. A factory fire outside of New Delhi in December killed 24, and garment factories globally averaged more than two fires a day in March. Twenty of the 54 fires were in India. And while eight were in Bangladesh, only two garment workers were injured compared to 24 in Myanmar.  Many brands have started producing in Ethiopia, which doesn’t even have a minimum wage. (The base wage has been found to be only $26 a month.) “We’ve learned a lot from the Accord on what other actions are needed to transform conditions in supply chains,” Foxvog says. “There doesn’t seem to be any other pathway.”

These myriad remaining issues are all the more reason to replicate the Accord’s model, which is what Action Collaboration Transformation (ACT) is attempting to do in creating a living-wage coalition. A group of labor and education NGOs in Pakistan are also trying to put together their own safety Accord. There should be legally-binding collective action for science-based emission reductions, for extended producer responsibility, for standardized reporting.

Of course, that was all before the Pandemic, which called the bluff of those who think the solution to fashion’s sustainability problems is to simply buy less stuff, boycott the country, or shop only from sustainable brands. Be careful what you wish for. Now that fashion consumption has been halved, brands are canceling orders or demanding deep discounts from factories for orders already shipped. Garment workers have taken to the streets, fearing that they will starve unless the brands for and put in more orders.

It’s always more complicated than the decision to shop or not shop. Posting on Instagram and voting with your wallet isn’t enough. In the end, unless forced to do the right thing, brands will always put themselves and their shareholders first. 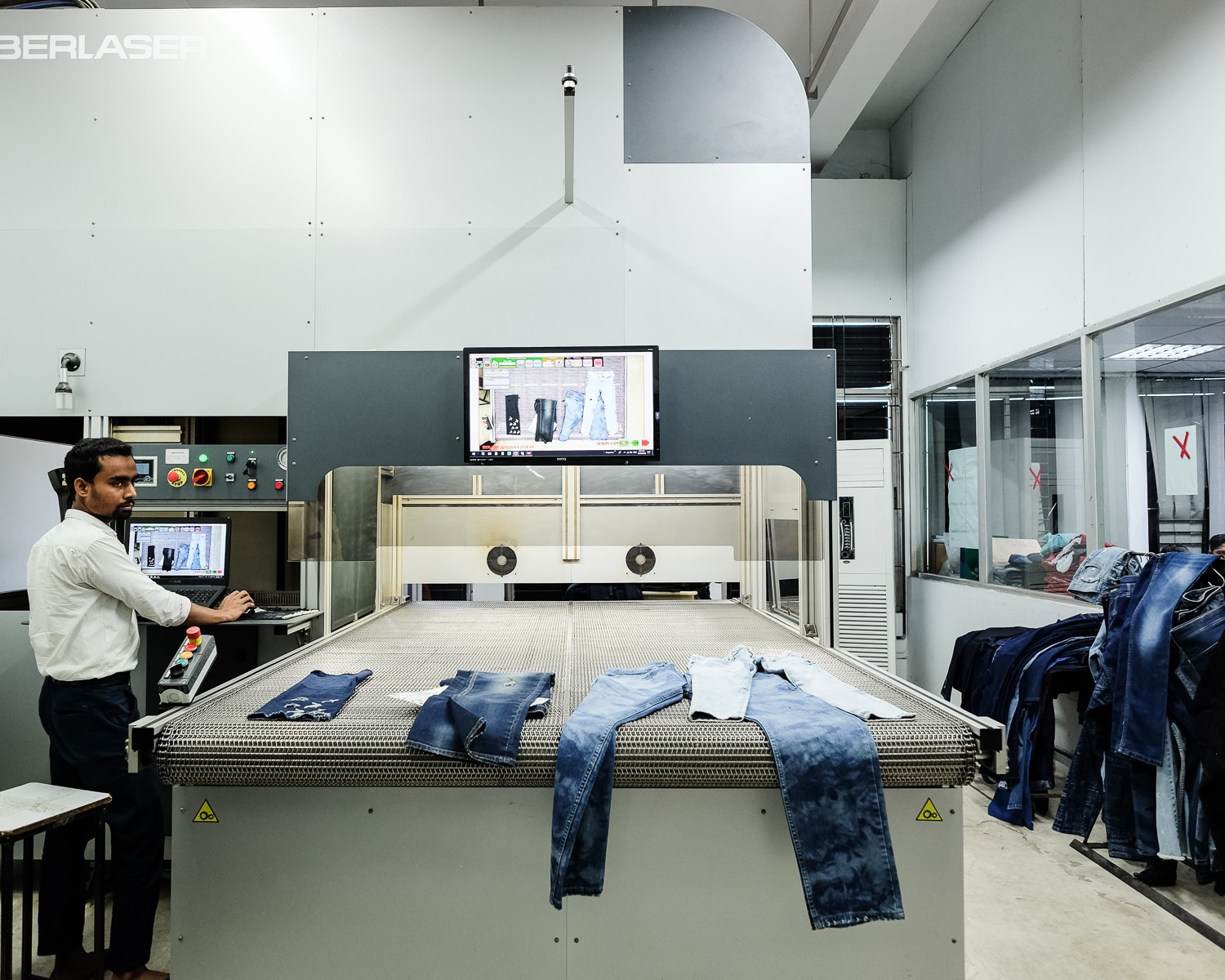 The surprising twist is that amidst all of this, Bangladesh has taken a leadership position in advocating for its suppliers and garment workers. “In February, brands when brands started canceling orders, Bangladesh was the only industry that published the data, tying which was the biggest unpaid bill to which brand,” says Ayesha Barenblat, founder of the California-based advocacy organization Remake. Her organization, along with the Workers Rights Consortium, has been naming and shaming brands and extracting agreements to stick to their contracts. But only in Bangladesh. “For other industries in countries like Cambodia, because they are so afraid of the power structure and the supplier relationship, they didn’t tell us which brands are walking away from orders,” she says.

Back in November, before COVID-19 existed, Denim Expert’s Uddin was already sounding the alarm on purchasing practices. “Say, for example, I make 500,000 garments. Sometimes brands say, ‘I do not make the sale, you keep the garments.’ So many buyers have taken the goods and not paid. You should not wait for payment for 120 or 150 days. How can I pay my workers?” he says. “The Accord was always helpful. We need to do that also for purchasing practices.” Now he’s emerged as an unlikely activist, excoriating brands in editorials for several publications for their bad behavior.

We need to move on from the worn-out worldview of greedy factory owners doing this to their garment workers. Sure, they exist, and there is some valid concern that Bangladesh will backslide on safety since the garment industry weakened the independence of the Accord earlier this year. But as in many things in life, it’s less about the inherent evil of this side or that side, and more about the power structure. “If you want a supervillain, it’s the fast fashion brands that push all the risk down to the suppliers, which means the women on the cut-and-sew floor get hurt the most,” says Barenblat.

Putting in Accord-like agreements for these other issues will take some time. It’s something that we should collectively be advocating for, even while we demand immediate accountability and payments from brands. But it’s time to move on from this outdated and, frankly, insulting story of Bangladesh being The Worst. It’s not. Far from it, thanks to the hard work and unsexy bureaucratic wrangling from labor activists, and the willingness of some brands to hold themselves and each other accountable.

The Accord opened a door to an entirely new strategy for supply chain management and anti-corruption in countries that makes our consumer products. The question is whether we will wake up to its world-changing importance and see Bangladesh for what it has become, or continue to be stuck in an endless loop of, “In April 2013, the Rana Plaza garment factory collapsed…”

The post Bangladesh Has Changed Since Rana Plaza. It’s Fashion Influencers That Need to Catch Up. appeared first on Ecocult.

Titanic’s Cast Had To Deal With The Hassle Of Historically Accurate Underwear
Feb 07, 2023