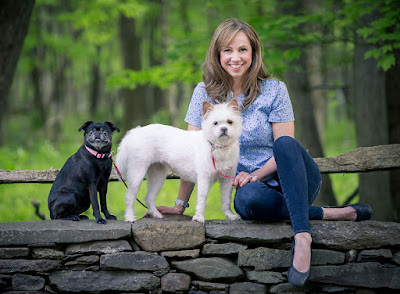 
Victoria Schade has been a dog trainer and writer for over seventeen years. During that time her dog duties have included working behind the scenes on Animal Planet’s Puppy Bowl as the lead animal wrangler, appearing on two seasons of the Animal Planet show Faithful Friends, writing dog training content and appearing in educational videos for NBC/Universal, Pet360, PawCulture and petMD, and writing two dog training books, Bonding With Your Dog and Secrets of a Dog Trainer.

Victoria shares her 1850’s always-in- need-of- renovations home with Millie the Smooth Brussels Griffon (who wants you to know that she is not a skinny pug), Olive the mixed breed dog, the occasional foster pup, and her incredibly tolerant husband, Tom. 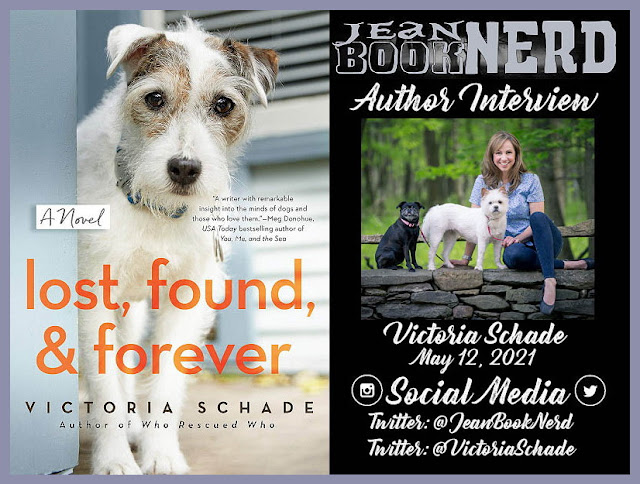 Greatest thing you learned at school?
To be a critical thinker. I remember a media class where we watched a documentary and the instructor showed us the many subtle ways the filmmaker inserted their opinion into the narrative, which influenced the way we viewed the people in it. I think about it to this day.

Why is storytelling so important for all of us?
Storytelling gives us a framework to process our lives. It unites us all.

Tell us your most rewarding experience since being published.
I’m still thrilled when readers reach out to tell me that they were moved by my work. There’s no better feeling!

Tell us your latest news.
Silly news from the homefront: t took me 2 seasons, but I’ve finally managed to outsmart the robin that keeps attacking our windows. (He sounded like someone knocking on the door and it drove my dogs – and me – insane!)

Can you tell us when you started LOST, FOUND, AND FOREVER, how that came about?
The concept for LOST, FOUND, & FOREVER stemmed from my work on commercials and TV shows like Animal Planet’s Puppy Bowl. I thought readers would enjoy a peek behind the scenes at what happens when working with animals on set. It’s fun AND stressful!

What do you hope for readers to be thinking when they read your novel?
I hope readers are thinking about how amazing our dogs are, and how much they add to our lives.

TEN RANDOM FACTS ABOUT LOST, FOUND, AND FOREVER
What part of Justine and Spencer did you enjoy writing the most?
I really enjoyed the Jekyll and Hyde aspect of Spencer’s personality, and how it annoyed Justine even though everything he was doing was adorable. The way he acted shifted depending on who he was hanging with, and I liked writing his lapses back into a lawless boy when he was with his former person Griffin.

If you could introduce one of your characters to any character from another book, who would it be and why?
This is a fun question! I would love to introduce Elizabeth from WHO RESCUED WHO to Chloe in GET A LIFE, CHLOE BROWN. Elizabeth spends time in England (no spoilers) and I think she would enjoy hanging out with someone who knows the ropes like Chloe. (Plus, they could bond over their computer geek-ness!)

TEN WAYS YOU GET INSPIRED TO WRITE
What is something you think everyone should do at least once in their lives?
Volunteer. (Preferably more than once.)

Best date you've ever had?
My first date with my husband! I love to dance, and he took me to a country bar … I knew I was in trouble when he grabbed my hand, said “C’mon” then led me to the dancefloor and taught me how to two-step. The man’s got moves!

If you could go back in time to one point in your life, where would you go?
The Michigan summers of my early childhood, running wild with my neighborhood friends in the woods, riding our bikes, making mischief then trudging home at dinnertime, only to do it all again the next day. It was a free-range life!

What is the weirdest thing you have seen in someone else’s home?
I used to be a full-time private dog trainer, so I saw so much weirdness in my clients’ homes! One of the most memorable was in a beautiful, historical Victorian. I walked into the lovely front sitting room and discovered a giant decorated Christmas tree fully encased in plastic wrap. It was August.

What was a time in your life when you were really scared?
I’m scared any time a family member is unwell, which thankfully isn’t often. But my father’s prostate cancer diagnosis over twenty years ago was terrifying. (He’s now 85 years old and still swimming three times a week!)

If animals could talk, which would be the funniest?
Probably monkeys. They seem like they have a great sense of humor!

First Heartbreak?
My first college boyfriend freshman year broke my heart. Ohhh, the angsty journal entries from that phase. I was devastated.

Tell me about your first pet.
I come from nature-loving folks, so pets ran the gamut in our house. We had a crow and a variety of other orphaned birds, a raccoon, groundhogs, a fawn … I had a wonderful early education about animals. 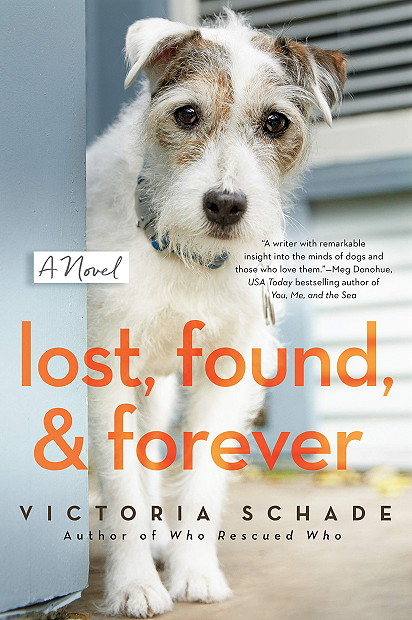 What do you do when you discover your four-legged best friend might belong to someone else? From the acclaimed author of Who Rescued Who comes the charming story of a custody battle between two pet parents who would do anything for the dog they both adore.

Justine Becker could not be more in love with her rescue dog, Spencer. He's her best friend and colleague at her dog supply store, Tricks & Biscuits, in upstate New York. When she discovers a heartbreaking social media post trying to locate a dog that looks suspiciously like Spencer, Justine realizes that her beloved pup might actually belong to someone else.

Her worst fears are realized when she and Spencer meet up with Brooklyn-based Griffin McCabe, and he wants Spencer back. He claims he is the dog's rightful owner, and has the paperwork to prove it. But Justine refuses to roll over and let him take Spencer without a fight.

It's not easy juggling Spencer's burgeoning new career as a dog actor, along with the demands of her life upstate, all while constantly trying to prove she's a better pet parent than Griffin. Their not-so-friendly competition teeters on the edge of flat-out hate, so when romantic feelings for Griffin catch Justine off guard, she needs to determine if it's all part of his plot to win the pup back, or if the guy who was good enough for Spencer might also be good enough for her.
You can purchase Lost, Found, & Forever at the following Retailers: 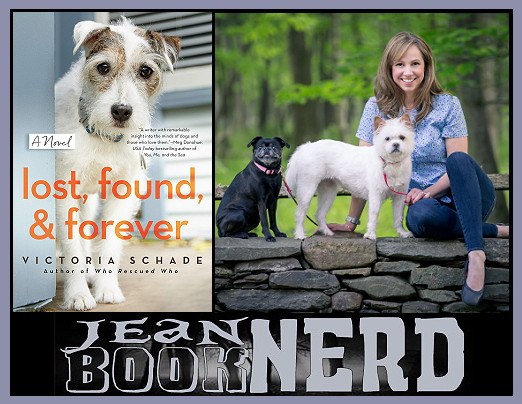 1 Winner will receive a $10 Amazon Gift Card.
*JBN is not responsible for Lost or Damaged Books in your Nerdy Mail Box*
a Rafflecopter giveaway
jbnlatestinterviews

Try These Unique Gift Ideas For the Kid Who Has Everything
Nov 24, 2021