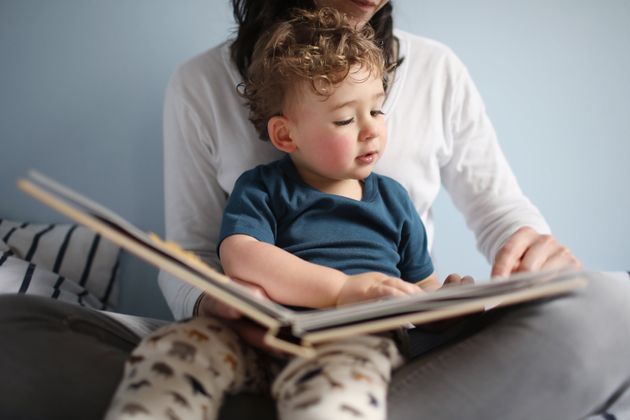 It’s no secret white parents are often uncomfortable talking to their children about race. But if the events of the past week are any indication, these are important conversations to have.

“Most parents want to raise children who treat individuals fairly regardless of the colour of their skin, and they want children who embrace diversity and are successful at building relationships with others from backgrounds unlike their own,” said Rebecca Bigler, a professor of psychology at University of Texas, Austin.

White parents can and should begin addressing issues of race and racism early, even before their children can speak. Studies have indicated that infants as young as 3 months old can recognise racial differences. Avoiding the topic, rather than actively countering it with anti-racist attitudes and actions, simply opens the door for children to absorb bias from the world around them.

“Overall, it is important for parents to speak with their children in a way that they understand and that is developmentally appropriate,” said Eboni Hollier, a board-certified developmental and behavioural paediatrician in Houston. “As children get older, the way you communicate and engage with them should be reflective of their evolving language, cognitive, and social emotional development.”

Amid the nationwide protests following the death of George Floyd, HuffPost spoke to Bigler, Hollier and other experts about steps white parents can take to raise anti-racist children through the various stages of development. Read on for their guidance and recommended resources.

Babies are born as blank slates when it comes to perceptions of race, but that changes very quickly.

“Research has taught us that infants recognise differences in skin colour. To believe that babies are colourblind is not based in fact,” Hollier explained.

By 3 months of age, babies can categorise people according to race and spend more time gazing at faces that match the race or races of their primary caregivers. As their brains develop, their understanding of the world stems from what they observe in their parents and others around them. Thus, it’s important for caregivers to model inclusivity and unbiased conduct.

“With pre-verbal children, parental behaviour is especially important,” said Bigler. “White parents should make sure that their children see them interact in close, warm, intimate, trusting, and caring relationships with individuals whose race and ethnicity differs from their own.”

Babies also pick up cues from their surroundings, like the people they see in their communities.

“Things like where you choose to live and send your child to daycare and school will influence how they think about race,” said Erin Winkler, an associate professor of African and African Diaspora Studies at the University of Wisconsin–Milwaukee. “Of course, it’s a hard thing to tell parents to pick up and move, but it’s important to recognise the power of these choices we make about the environment they’ll be in.”

She also emphasised the importance of creating a home environment that exposes infants to diversity, whether it’s through board books with characters of colour, artwork in the house or even the people invited over.

As babies develop into toddlers and preschoolers, parents should continue modelling unbiased behaviour and exposing their children to diversity through books, TV shows, food and other aspects of everyday life. They can also have conversations about race tied to the media kids are consuming or people they see around them.

Around the ages of 3 or 4, many children remark on race or ethnicity-related differences they notice, like skin tones or hair types. Bigler noted that these observations may imply bias (“That man has weird hair”) or may be more neutral (“That man has dark skin”).

White parents should resist the urge to hush or dismiss these comments, which are developmentally understandable. Instead, they should normalise talking about race and respond in a calm, matter-of-fact way.

“In response to children’s statements, use the opportunity to explain the racial differences that your child has noticed ― including what such differences do and do not mean ― and state your own personal views on the trait,” she advised parents.

She added, “In the first case, you might say, ‘That man is African American, and his hair is not weird. His hair is different than yours, but I think that it is really great! People often (but not always) have hair like others in their family. You have hair like your ____.  But people’s hair doesn’t tell you anything about them! Sometimes people with curly hair like to play with cars and sometimes they don’t! Sometimes people with straight hair are friendly and sometimes they are not!’”

Young children benefit from learning about differences and similarities between various individuals. Preschoolers are starting to understand that people are complex and unique, so if they’re alike in one way, they’re not necessarily alike in all ways. And if they’re different in one way, like skin colour, they’re not necessarily different in all other ways.

In response to children’s statements, use the opportunity to explain the racial differences that your child has noticed ― including what such differences do and do not mean ― and state your own personal views on the trait.Bigler

If a child points out that another child has darker skin, Hollier recommended that parents speak positively about differences but also point out something the two children have in common, like “Look, she loves riding her bike, too!”

“It is equally important to talk about how those differences may cause them to experience life differently,” Hollier noted.

Parents can explain something that little kids may have noticed already, that people with darker skin are often treated less kindly than white people or have fewer opportunities and resources. They should frame the concept of racism in terms of unfairness, something that’s built into our society that people are still working to fix.

Winkler shared an activity that can help young children understand the complexity of systemic racism. She calls it the “spider web” activity.

“Give them string and ask them to weave and tangle it into a spider web. Then say, ‘Great, now untangle it,‘” she explained. “They’ll try for a few minutes and realise it’s difficult and not fun and give up. Explain that the unfairness against people with brown skin is a lot like this tangled web, and it’s been tangled up since before their mom was born, before their grandparents were born, even before their grandparents’ grandparents were born. Working to make society fair is really hard, like untangling the spider web. People have been untangling it for a long time, and you as a family can help untangle it even more.”

Winkler added that kids can keep untangling their spider webs whenever they do something to promote racial justice, though parents may have to explain that untangling unfairness in society will take longer if they manage to finish.

Research has shown that around the age of 5, white children generally associate positive traits like intelligence and kindness more with white people than with those of other racial groups.

“Most children do not endorse extremely biased views but instead show consistent associations of whites with positive attributes,” Bigler said. “Children typically select white dolls, white friends, and activities that include predominately white children. Importantly, many white children in this age range become convinced that race is a taboo topic and that it is always inappropriate to admit that one notices or thinks about others’ racial group membership.” 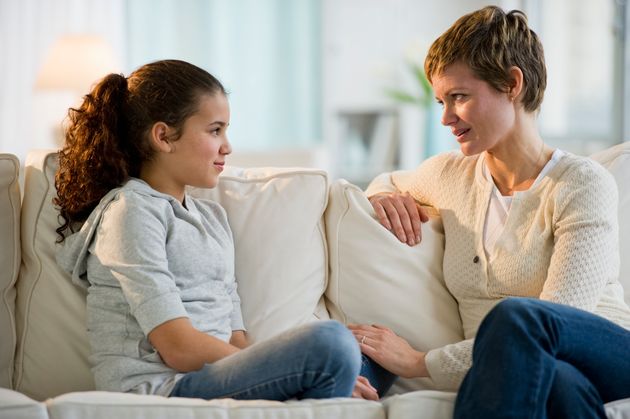 To combat this, parents should pay attention to any statements or behaviours from their children that suggest bias. They should continue to choose racially diverse dolls and other toys for their children and expose them to books and shows that feature diverse characters. It’s also extremely important to foster conversation around differences to address the subtle messages they’re getting from media and everyday life.

“When you are watching a show, discuss why certain groups often are portrayed in stereotypical roles with accents or dressed a certain way,” suggested Reena B. Patel, a licensed educational psychologist. “Ask them, ‘Are there certain groups who never get to be the hero in comic books and movies?’ Then discuss this further by sharing that some people get treated unfairly based on their skin colour, culture or religion.”

Bigler recommended explicitly acknowledging that racial diversity is a positive aspect in kids’ toys and media by saying things like “You have several dolls that are white. I think that it would be very nice to have dolls of other races as well. They are all beautiful!”

Parents should also exhibit interest in nonwhite cultures and histories and expose their children to them as well. It’s important to encourage children to have an ethnically diverse group of friends by modelling cross-racial friendships, placing them in racially diverse contexts like summer camps and activities, and frequently noting the value of relationships with people of different backgrounds and interests.

Said Bigler, “For example, a parent might say, ‘Do you remember my friend Cara? She is African American. I always learn a lot from having friends who are different from me in their race or gender or background. Cara shared her experiences about _____ with me. That hasn’t happened to me, so being friends with Cara has helped me to learn more about the world. I’m really glad to have Cara as a friend. Have you learned things from talking to your friends who are different from you?’”

Winkler cautioned against white parents using people of coluor in a voyeuristic way or engaging in a form of ethnic tourism by taking their children to visit communities of colour for their own edification.

“Sometimes it’s well intentioned, but it leads to a patronising relationship,” she said. “It’s not ‘Quick, find some black friends to exploit for your own gain.’ It’s about pushing your own boundaries and doing the work.”

Tweens and teens are increasingly independent and may become more set in their beliefs and personal biases. They’ve been exposed to racial stereotypes in their media consumption and everyday lives, particularly if their schools and communities are more segregated. But they are also capable of talking about things abstractly in terms of structural racism.

“When the opportunity to discuss race presents itself, take a moment to have direct communication about it and offer a different perspective that may be more tolerant or inclusive than your child may have offered,” Hollier suggested.

These discussions should help to prepare adolescents to both interpret disparities and oppose discrimination when they see it.Bigler

Events in the news or happenings at their schools may provide a jumping-off point for conversations about race. Parents should ask their teens what they think about these issues and emphasise the importance of diversity in their responses. They can also encourage activism and find ways to get involved in meaningful causes as a family.

“Parents should also talk to their adolescents about the racial disparities that exist in our society,” Bigler said. “Parents should discuss the history of racism and white privilege in the United States with their teens. These discussions should help to prepare adolescents to both interpret disparities and oppose discrimination when they see it.”

Winkler advised parents to be mindful of their messaging around interracial dating and sexuality as their teens start to explore romantic relationships. She also suggested using shows and movies as a way to talk to their teens about race and racism.

“All parents can teach critical race literacy around media,” she said. “It’s not difficult to find things to critique, so help kids recognise racialised patterns in media. Say ‘I feel like every time I see Latinx characters, they’re maids or working in agriculture. But when I see white people on TV, there’s the whole range of humanity ― good and bad, everything under the sun.’ Then they might notice it in media you don’t even see or recognise positive counterexamples.”