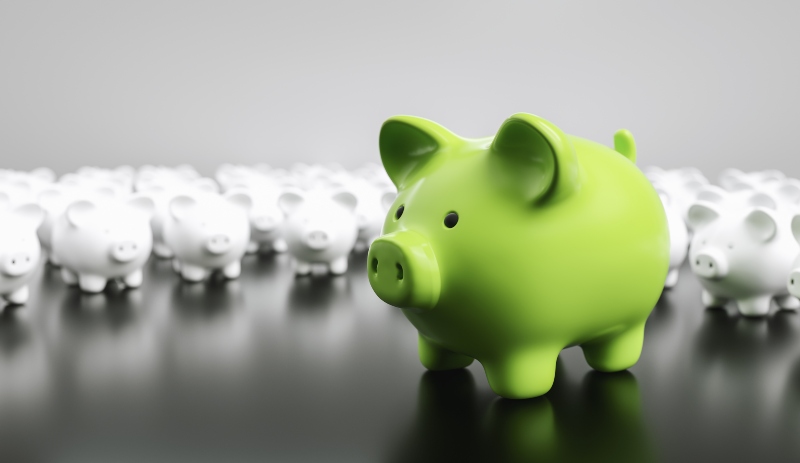 Money worries are crippling — not least for parents.

We are, after all, not only responsible for ourselves but for tiny humans as well. Tiny (and not so tiny) children who need to eat, sleep, and get out there in the world; tiny children who can’t work, can’t understand, and can’t help themselves. They rely on us and, when we can’t provide, in some small way we feel our hearts crushed in despair and guilt.

For over a year I felt like that. Unemployed, I felt I was failing.

My savings were disappearing fast, rejection emails for new work were piling up as fast as the bills, and the pandemic and lockdowns added a further sense of dread to everything. I felt the pressure to earn money and, with a young family, earn big.

“You might not be able to put a price on family, but…” — Mehdi Punjwani, Cost of Raising a Child.

In the US, the USDA estimates that a couple’s first child born in 2015 will cost a staggering $233,610 over 18 years (each additional child costs somewhat less). Costs are higher in urban areas (on average 27% more), and more money is spent on girls than boys (in the UK, for example, 46% more). Meanwhile, the unemployment rate currently stands at 6.1% in the US, and 9.8% of American families struggled with unemployment in the last year.

Money is tough. “Money isn’t everything”, but it is something. “Money doesn’t grow on trees”, that becomes painfully obvious. “Money costs too much”, see where I’m heading?

Thankfully, I’ve (somewhat) escaped the last year but the lessons I’ve learnt I haven’t dismissed. If I couldn’t earn big then the least I could do was save big — save on all manner of costs. Life and children cost money, but they don’t have to bankrupt you.

In fact, you can even save big.

How I Saved Big (And What I Really Learnt About Saving)

“18% of the total cost to raise a child goes towards food” — USDA, The Cost of Raising a Child.

People need to eat. Children too. A lot, apparently.

But you can do so much to save on buying food.

Supermarket discounts, reduced food, and bulk-buying are your friend here. I developed a habit of shopping early and late to grab whatever I could. Kilos of veg for a few pennies? Yes please — I can freeze them later. “Ugly” fruit at half the cost? That’s an attractive price.

Deborah Skolnik, writer for Parents, also advises to make use of coupons, free samples and, where possible, consider breastfeeding babies and infants — not only is it better for them but it also saves on expensive formula milk.

Beyond buying food, the next best thing I’ve learnt to appreciate even more is to cook. Cooking saves money (especially on baby food. Small pots of pureed carrot and apple for £2/$3? Avoid.). Cooking is also bonding time. And with Small Boy we cook everything. At 3, he’s already a chef-in-training. “Spice” and “cinnamon” were amongst his first words. He’s helped (okay, mostly watched or made a mess, but…) make curries, quiches, stir-fries, bread and pizza.

Nothing beats making dough with a toddler — it’s a sticky, messy, but eventually productive mess!

Buying everything — and brand new — is overrated.

As parents know, baby and child products are big business. They prey on our emotional state, our happy smiles or tired, frustrated, desperate ones. Companies offer guarantees, “sleep through the night” or “fun and educational” and we get neither. But we paid and they got what they wanted. Again.

So I learnt to buy second-hand. I learnt about charity shops and local swaps and giveaways. It’s amazing what people are willing to give away — years’ worth of clothes, old toys, hardly-used pushchairs… There are groups on Facebook and even through word-of-mouth you can meet people, swap, donate and, of course, receive. And save hundreds if not thousands over the years.

People can be kind and generous. Plus, one man’s trash is another man’s treasure (also read as “helping the environment”).

Do people still lend each other stuff now?

Growing up, my mother used to lend and borrow things from neighbors all the time: the mower, a blender, a cake tray… The big things and the little things, but at some point I decided I needed everything for myself. I didn’t even know who my neighbors were, let alone dared to ask them for anything.

Ask and you shall receive.

I was so afraid — and so convinced — that others would say no that I never dared ask anyone for anything. Plus, I always felt that I “owe” someone something in return. Last year (at least a little) forced me to reach out to others.

And, as it turns out, my neigbors were willing to lend their mower, trimmer, and even share their apples from their apple tree (I didn’t ask, or maybe Small Boy did with his smile…).

At least, not in relationships with a utility company. Companies are best flirted with and then cast aside after a few dates. Banks lower their interest rates after a year, while gas, electric and internet companies quietly increase their prices after their “introductory” year. It pays to be a new customer. Better rates and lots of incentives.

CABA estimates that 1 in 3 people pay too much for their utility bills, and through switching can save, on average, 20% on their annual costs.

I’ve changed my own electricity supplier 3 times in the last year — and was paid over “£200” in incentive fees in total, enough for 2–3 months of free electricity. And once I learnt how to switch it just gets easier each time (just 5 minutes on places like Uswitch).

Forget loyalty. Bills should pay themselves as much as they can.

#5 Discover your neighborhood and community

Before Small Boy was born, I hardly knew my neighborhood.

I didn’t know there was a field a 5-minute walk behind my street or a park — with a BMX and skateboard track — a 10-minute walk in the opposite direction. I didn’t know there was a local community centre — with free activities for pre-schoolers — and I had never visited my local library — with its hoard of (free to borrow) books, CDs, DVDs and, again, weekend activities for kids of all ages.

All these things became places to play, explore, to meet and befriend other parents. There are cheap (sometimes free) activities organised for babies, toddlers and children, books to borrow from the library, and even the occasional free meal or two. Sure, the pandemic has stopped a lot of these for the time being, but in their place there are now outdoor activities in the fields and parks, from football to foraging. Can’t leave the house? Alternatively:

“Check your local library’s website to see what is available or virtually visit any library’s storytime, like this one from New York Public Library.” — Deborah Sklonik, Parents.

For Small Boy and me, we’ve learnt to walk everywhere (also free), waiting to discover the next place, person, and even friend.

#6 Mindset — Saving, like spending, changes the way you see the world

And then I became too obsessed with saving.

It happened when my wife and I began joining groups to “test” products. You sign up, have free products delivered to you, then you leave a review. Except you have to leave a 5-star review. And you have to spend ages writing it only to generally feel guilty about leaving a 5-star review on a product that really doesn’t qualify as any star.

What are we doing? Is this really worth it, to save a few pennies?

No. At some point I realised that there’s being smart with money and then becoming obsessed with it. Buying everything reduced in the supermarket even though we would really like something else this time? No. Buying a new pair of shoes because I’ve had these ones for years now and they have holes in them? No. Buying the yellow bike because it’s slightly cheaper than the blue one, even though that’s the one Small Boy really wants? No.

As financial advisor Jason Heath explained, I had developed an “irrational fear of spending money”. And it’s surprisingly common (probably more so since the last year).

Saving is good. But that doesn’t mean I have to watch every… single… penny.

Luckily, over time I’ve come to realise that, yes, I need to spend money. It’s okay to buy a treat, it’s okay to replace my shoes with — dare I say — nice ones, and it’s really okay to say yes to going out somewhere and having a little paid fun.

Saving Big Is Possible For Everyone

My 3 golden rules about money:

There’s a lot to be said about money and parenting. Being unemployed for over a year made be appreciate it more than ever. It felt horrible, I was stressed, I often felt like I was failing — but in the end I also learnt a lot. I learnt and developed habits that enabled us to save and continue to save. But not just to save, but also to spend where it matters.

Because that’s the most important lesson I’ve learnt in “saving big”. It’s learning where to make deals and where to hold nothing back. It’s paying the least amount possible for every day necessities but willing to spend on special occasions. It’s the weekly food treat, the new shoes or the blue bike.

Money, after all, is meant to be saved and spent.

Join The Good Men Project as a Premium Member today.


Need more info? A complete list of benefits is here.

The post How I Learnt To Save Big as an Unemployed Parent appeared first on The Good Men Project.

Blaze and the Monster Machines: The Case of the Treat Thief
Jul 31, 2021